The “Weekend Wanderer” is a weekly post in which I gather a smattering of news, stories, resources, and other media you could explore through your weekend. Wander through these links however you like and in any order you like. 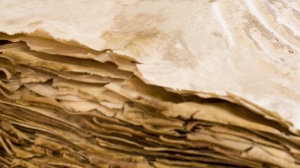 “Despite Disappointing Some, New Mark Manuscript Is Earliest Yet” – “On the basis of the handwriting, Obbink and Colomo estimate that the manuscript was written in the range of A.D. 150–250. The manuscript itself is tiny, only 4.4 x 4 cm. It contains a few letters on each side from verses 7–9 and 16–18 of Mark 1. Lines of writing preserved on each side indicate that this fragment comes from the bottom of the first written page of a codex—a book rather than a scroll.”

Miles Smith’s article “Evangelical Indifference to the Immigrant in Historical Perspective” is an important read in the current immigration debate. Smith brings much-needed context on the issues of separation of children from their families and why “even pro-slavery Christians in the slaveholding South took separating children from their parents seriously enough to publicly and regularly denounce the practice, in print and vocally in their churches.” The separation of children from parents at our borders is something we must not avoid speaking about. (Thanks to Alan Jacobs for sharing this article.)

“The artists pushing modern stage design forward” – Over at Radio Milwaukee,Joey Grihalva chronicles how stage design in modern concerts is pushing the envelope of what’s often called the fourth wall in performance experiences. “From Es Devlin and Willie Williams’ cutting-edge production for U2’s new arena tour, to the complex choreography that David Byrne brought to the Riverside Theater, to the immersive elements of the Eaux Claires festival, to the hand-painted installations of local creative Kristina Rolander, modern stage designers are deepening the connections between musicians and fans through innovative artistry.”

“Paige Patterson Fired by Southwestern, Stripped of Retirement Benefits” – After removing its beleaguered President, Paige Patterson, Southwestern Baptist Theological Seminary initially shifted him into a role as theologian in residence and President Emeritus. However, in a quick shift, the seminary has now removed him from those roles and revoked all benefits after further allegations arose about failures of leadership in relation to claims of abuse during his previous tenure as President at Southeastern Baptist Theological Seminary. This is a strong statement from the SBC about facing into problems of leadership in the light of the #MeToo movement.

“What Happens to the Plastic We Throw Out” – Recently, one of my children shared a news report with me they had heard about the growing island of plastic debris gathering in the Pacific Ocean. Shortly after that I encountered this brilliant, but shocking, piece of online photo journalism by National Geographic digging deeper into the reality of plastic waste around the world.

“Facebook losing out to YouTube, Instagram and Snapchat among US teens” – In case you didn’t know already, a recent Pew Research study picked up by the BBC tells us that “US teenagers are ditching Facebook in favour of platforms such as YouTube, Instagram and Snapchat, a study says. Only 51% use Facebook, which is a 20 percentage point drop since 2015, when the US-based Pew Research Center last surveyed teens’ social media habits. Most of those aged 13 to 17 own or have access to a smartphone, with 45% online on a near-constant basis. YouTube has stolen Facebook’s former dominance over teens, with 85% of them preferring the video-sharing platform.” 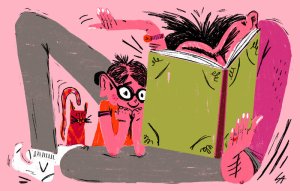 “What’s Going On In Your Child’s Brain When You Read Them A Story?” offers a helpful look at the science behind reading print books aloud versus engaging with the increasingly prevalent technology-based books. “In an ideal world, you would always be there to read to your child. The results of this small, preliminary study also suggest that, when parents do turn to electronic devices for young children, they should gravitate toward the most stripped-down version of a narrated, illustrated e-book, as opposed to either audio-only or animation.” Go read a child a real, print book!

“Help Refugees Rebuild Their Lives” – June 20 is World Refugee Day and many organizations are encourage people to help refugees rebuild their lives. I always like to promote the work of World Relief because as a distinctly Christian organization they approach this in a way that I believe is more coherent with our faith and wholistic in terms of care. Maybe you could join me in supporting their invaluable work here.