“Meet Presbyterian America’s First Licensed Black Preacher: No Happy Ending and a Warning for Today” – Darryl Williamson shares the atypical story of John Chavis, an 18th century black man who became the Presbyterian Church’s first licensed black preacher in what became the United States of America. His life experiences highlight the racial wrestling at the heart of our nation’s birth, as well as the conflicted legacy that Christianity has in “the new world.” While not engaging with some of the deeper structural issues at play, Williamson’s introduction to Chavis is worth a read.

“Advice to My Former Freshman Self” – Although published awhile back, Jordan Hylden’s advice to his college freshman self is still as helpful and illuminating as ever. This is a good article to pass along to college students you know as they launch into life at university, regardless of where they find themselves. It reminds me of a list I have been building to share with my own son, Isaiah, as he begins his freshman year of college this coming week.

“Statement of Catholic Theologians, Educators, Parishioners, and Lay Leaders on Clergy Sexual Abuse in the United States” – There is a grassroots movement within the Roman Catholic church responding with angst to the recent report of the Pennsylvania Attorney General about the prevalence of sexual abuse in dioceses of that State. “The document chronicles, with nauseating clarity, seven decades of clergy sexual abuse and systematic cover-ups by bishops and others in positions of power. The report comes in the wake of last months’ revelations of decades of sexual predation by Cardinal Theodore McCarrick and in the long shadow of the sexual abuse crisis in Boston and beyond….Today, we call on the Catholic Bishops of the United States to prayerfully and genuinely consider submitting to Pope Francis their collective resignation as a public act of repentance and lamentation before God and God’s People.” Pope Francis has also written a letter responding to this situation, which you can read here. 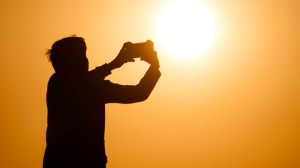 “Phones Are Changing the Texture of Family Life” – The other day I told my son that I wanted to blow up all mobile phones. He actually agreed with me. Over at The Atlantic, Joe Pinsker reports on why we may have agreed based upon a recent, national Pew Research Survey that evaluates screen time and device distractions. “Ninety-five percent of Americans ages 13 to 17 have a smartphone or access to one, and nearly half report using the internet “almost constantly….Parents and teens alike felt that phones were encroaching on everyday interactions. Seventy-two percent of parents in the survey said that their teenagers were “sometimes” or “often” distracted by their phones during conversations. More interestingly, though, roughly half of teens felt the same way about their parents. The fact that this dynamic of distraction runs both ways is only just starting to get attention.”

“Prosperity Gospel Taught to 4 in 10 Evangelical Churchgoers” – This news report hit at the end of July, but I still wanted to share it. It’s worth reflecting on what this says about our local churches and American Protestant Christianity. “About a third of Protestant churchgoers say their congregation teaches that God will bless them if they donate money. Two-thirds say God wants them to prosper. One in 4 say they have to do something for God to receive material blessings in return. Those are among the key findings of a new study on ‘prosperity gospel’ beliefs from Nashville-based LifeWay Research, which surveyed 1,010 Americans who attend a Protestant or nondenominational church at least once a month.” 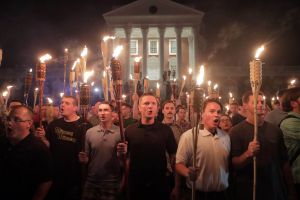 “Lived Theology a Year After Charlottesville” – The Project on Lived Theology under the direction of Charles Marsh at the University of Virginia put together an outstanding bibliography of articles following the tensions one year ago in Charlottesville. There are news pieces, theological reflections, summaries of religious responses, and forthcoming books about how the tensions in Charlottesville relate to the both the racial tensions and religious self-understanding of Christianity in America. It’s worth perusing this interesting collection.

“For Millennial Conservatives, the Enemy is Us” – Rod Dreher vents his thoughts about conservatism mixed with generational theory. Like others, such as Alan Jacobs, I am a strong critic of generational thinking. Many times, it is perfectly useless. At other times, it is used as an excuse to blow off the thoughts of others who are “outdated.” Still at other times, it is used as a way to give oneself the platform of being “a spokesperson for my generation.” All that put aside, Dreher offers some insights for conservatives, with a few asides on Christianity, on the place in which they find themselves in this era.

“Oh Lord, Why Did You Forsake Ingmar Bergman?: Reflections on a master at 100” – As the film world celebrates what would have been Swedish filmmaker Ingmar Bergman’s 100th birthday, I can tell there are going to be some outstanding reviews of his work. Nathan Shields offers a unique perspective on Bergman’s films as haunted by Lutheran faith even after Bergman declared himself an atheist. His films are, essentially, religious in nature, not merely philosophical, and it is this religious tension that often makes his films so powerful.

“Ode to Gray” – In light of discussing Bergman, this is as good a time as any to share Meghan Flaherty’s “Ode to Gray.” I have a confession: gray is one of my two favorite colors. Flaherty gives us a reason to feel good about gray. “I’m drawn to gray, as to a dream, but not to any old gray. Not storm-cloud gray or corporate monolith. I prefer tranquil gray: the undyed wool of sheep in rain, the mood inside a Gerhard Richter painting, the mottle of an ancient cairn. I don’t mean any one gray either but the entire underrainbow of the world, the faded rose and sage and caesious. Liard, lovat, perse. The human eye perceives five hundred—not a mere fifty—shades of gray. Paul Klee called it the richest color: the one that makes all the others speak.”