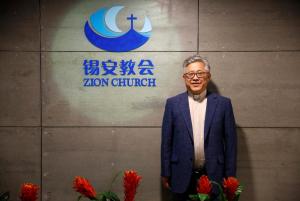 “China outlaws large underground Protestant church in Beijing” – Those connected to the church in China are aware that the government has been putting increasing pressure on churches in China. This latest news is one more example of that. “Beijing city authorities have banned one of the largest unofficial Protestant churches in the city and confiscated ‘illegal promotional materials’, amid a deepening crackdown on China’s ‘underground’ churches.” See Christianity Today‘s helpful write-up about this here.

“John MacArthur’s ‘Statement on Social Justice’ Is Aggravating Evangelicals” according to Christianity Today‘s “Quick to Listen” podcast. And they’re not alone, as is evidenced by a lot of mainstream attention to “The Statement on Social Justice & the Gospel” authored by John MacArthur and others (see last week’s “Weekend Wanderer” for more info). In one of his columns this week at The Washington Post, Michael Gerson writes in response to the statement that “Christians are suffering from complete spiritual blindness.”  Over at the Missio Alliance blog, Dennis Edwards posted a two-part response to the statement. I keep intending to write something on this, but have not had the time to get there this week. However, I did mention in my message last weekend at Eastbrook Church that the church should be a kingdom-oriented community that is so heavenly minded that we are more earthly good than anyone else.

“Gen Z’s Biggest Legacy: Has Social Media Hacked a Generation?” – Rachel Seo, a sophomore at UC San Diego, reflects on social media’s impact on her generation. “There is research now that, in addition to paralleling with my own experiences, reveals the darker effects of social media, most particularly its long-lasting impact on Gen Z. Did anyone predict the impact of how a few apps could lead my generation into a mental health crisis? Could anyone have predicted it? Or, perhaps more hauntingly, did some people know about the potential effects that it would have on others—and simply not care enough to share?”

“How parents act on their religious beliefs linked to the onset of atheism in their children” – A recent study at Religion, Brain & Behavior (“Predicting age of atheism: credibility enhancing displays and religious importance, choice, and conflict in family of upbringing“), highlights the fact that the credibility in the way parents live out their faith directly influences the way in which their children lean toward atheism. Eric Dolan writes of the study: “People tend to become atheists at a younger age when their religious parents talk the talk but don’t walk the walk, according to new research published in the journal Religion, Brain & Behavior. The study provides evidence that exposure to religiously-motivated actions plays an important role in the onset of atheism.” 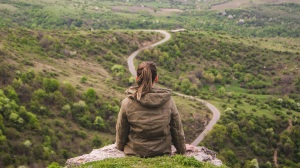 “Why You Can’t Name the Virtues” – Speaking of credibility in our faith, Karen Swallow Prior writes about the moral vacuum, not just in terms of action, but in terms of character formation. This is basically an excerpt from her book On Reading Well: Finding the Good Life in Great Books, which was just released. She writes: “For the past several decades, American evangelicalism has been concerned about morality—and for good reason. Sexual promiscuity, pornography, abortion, divorce, materialism, racism, and countless other ills so permeate our culture—even among the churched—that they seem to be the rule rather than the exception. But moral choices flow from moral character. Perhaps if we wish to reform morality, we should turn more attention to the formation of character.”

“When the Ship Has Sailed: Alan Jacobs on Christian Humanism in an Age of Crisis” – Alan Jacobs’ new book, The Year of Our Lord 1943, explores the inheritance of the Christian intellectual tradition in the middle of the twentieth century, weaving together the life and thought of W. H. Auden, T. S. Eliot, C. S. Lewis, Jacques Maritain and Simone Weil.Whether you have or have not read the book, you will likely enjoy this interview with Jacobs by Robert L. Kehoe III at The Point in which they discuss various strands of Jacobs’ argument in the book, with a few loose ends in greater depth, including a few last words about Jacques Ellul.

“Leadership’s Perfect Storm” – Steve Smith of Potter’s Inn reflects on the leadership failures in the evangelical church, giving attention to four main forces that he finds most concerning in today’s realm of leadership: “a success intoxicated leadership culture; the cult of emphasizing leadership gifts and skills rather than integrity and character; unchecked power in positions of leadership; and the unchecked speed and busyness in the life of a leader.” This is definitely worth a read, and has wider application than simply in the church. [Thanks to Tom Keppeler for sharing this article.]

“Confronting the Toxic Power in Me: High-profile stories of fallen pastors can distract us from ourselves or hold up a mirror to our souls” – This article pairs well with Steve Smith’s above, this time giving attention to our own selves. If you ever read articles about the failure of leaders and say, “I would never do that,” then you are deceiving yourself in some way. Jamin Goggin and Kyle Strobel offer a very meaningful look at power and the ways in which we all can deceive ourselves. I remember the words of an older Christian who, in the midst of a discussion about temptation, said to me: “There, but for the grace of God, go I.” May we let God’s grace into our lives in ever-more transforming ways. 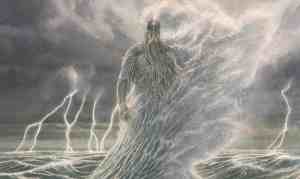 “Making fantasy reality: Alan Lee, the man who redrew Middle-earth” – With the release of the latest posthumous collection of J. R. R. Tolkien’s stories from Middle-Earth, The Guardian offered a nice interview with Alan Lee. Lee’s illustrations of Tolkien’s world are so closely linked with the works themselves that his vision of Middle Earth was one of the greatest inspirations for the film adaptations, aside from Tolkien’s own illustrations. 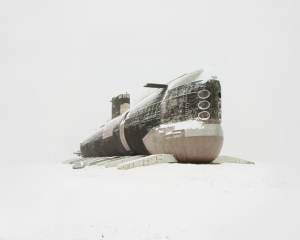 “Eerie photos show dilapidated relics of the Soviet era” – When I saw some of these photos, my mind spun around in all sorts of combinations of post-apocalyptic movies with some tinges of science fiction. If that’s your sort of thing, you should spend some time browsing through this unique photo collection. “Many of the areas where the photos were taken were inaccessible during the Soviet era, as they contained classified technology. They depict monuments, factories, military bases and various kinds of vehicles and technology, most in an advanced state of decay.”