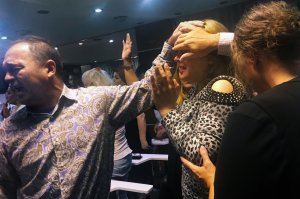 “Iranians Are Converting To Evangelical Christianity In Turkey” – NPR reports on something that has been tracked by religious news agencies for awhile. “In Turkey and across the Middle East and Europe, evangelical Christians are converting Muslim refugees eager to emigrate to the West. The refugees in Turkey escaped Iran, where conversion to anything but Islam is illegal. There are hundreds of thousands of Christians in Iran. Those considered part of the native Christian communities are permitted to practice their religion with restrictions, but a Muslim converting to Christianity is considered an apostate. The Iranian government jails converts, especially those who proselytize. The authorities see it as a Western plan to turn Iranians against Islam and the Islamic regime, according to converts in Turkey.” 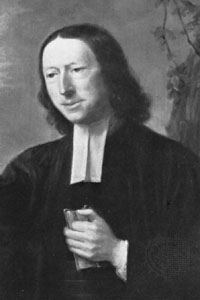 “Counsel for preachers (and other Christians)” – Over at his blog, Alan Jacobs shares some penetrating insight from John Wesley on how preachers should approach life and preaching. What’s his advice? Read more to shape your faith and skill as a preacher. “What has exceedingly hurt you in time past, nay, and I fear to this day, is want of reading. I scarcely ever knew a Preacher read so little. And, perhaps, by neglecting it, you have lost the taste for it. Hence your talent in preaching does not increase. It is just the same as it was seven years ago. It is lively, but not deep: there is little variety; there is no compass of thought. Reading only can supply this, with daily meditation and daily prayer.”

“Evangelicals of Color Fight Back Against the Religious Right” – Evangelicalism is changing in more ways than one. In The New Yorker, Eliza Griswold reports on one of the most significant changes. “In the United States, evangelicalism has long been allied with political conservatism. But under Trump’s Presidency right-wing political rhetoric has become more openly racist and xenophobic. In evangelical circles, hostility toward people of color is often couched in nostalgia for the simpler days of nineteen-fifties America….The growing number of evangelicals of color have begun pushing in earnest for more of a political voice in the church.”

“The 10 Most-Read Stories of the Persecuted Church” – Christianity Today gathers together their 10 most-read stories related to the persecuted church in 2018. Ranging from Pastor Andrew Brunson in Turkey to Indonesian churches blasted by a family of suicide bombers, from North Korea’s decision to free American Christians and Leah Sharibu’s inspiration of Nigerian believers, and so much more. If you aren’t familiar with these stories, you should be.

“The Case Against CRISPR Babies” – Nicanor Austriaco at First Things: “A few days after Thanksgiving, a Chinese scientist named He Jiankui shocked the global community by announcing that he had created the world’s first gene-edited, designer babies—twin girls named Lulu and Nana. The two ‘CRISPR babies’ had been born a few weeks earlier to their HIV-positive father Mark and his wife, Grace. Many scientists expressed anger and frustration at the announcement. U.S. National Institutes of Health Director, Francis Collins, described Jiankui’s work as a ‘profoundly unfortunate,’ ‘ill-considered,’ ‘unethical,’ ‘scientific misadventure’ that ‘flout[ed] international ethical norms.'”