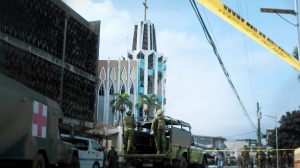 “Philippine Church Bombing Kills 20 After Vote for Muslim Governance” – “Filipino Christians are mourning at least 20 churchgoers and soldiers as martyrs after terrorists attacked a Catholic cathedral during Sunday mass in a heavily Muslim island in the southern Philippines. Two bombs went off at Our Lady of Mount Carmel in Jolo within minutes, the first blasting through rows of pews and the second shooting from the entrance to kill scrambling parishioners as well as the guards positioned outside to protect the church week after week.” 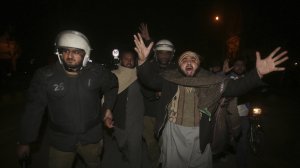 “Pakistan’s Supreme Court Upholds Christian Woman’s Blasphemy Acquittal” – From NPR: “On Tuesday, Pakistan’s Supreme Court upheld its acquittal of a Christian woman who had been sentenced to death for blasphemy in 2010, clearing the way for her to leave the country as radical Islamists seethe. Asia Bibi, a mother and illiterate farmhand of Christian faith, spent eight years on death row, until the country’s top court acquitted her last October, sparking massive protests across Pakistan.”

“Aleksandr the Great” – John Wilson reflects on the Aleksandr Solzhenitsyn’s legacy, one-hundred years after his birth on December 11, 1918. Wilson writes: “It would have been much better for Aleksandr Solzhenitsyn’s posthumous reputation if the KGB had killed him just before or shortly after he was expelled from the Soviet Union in February 1974. Had that happened, he would have been a figure like Martin Luther King, Jr., whose birthday we have just celebrated: above criticism, a martyr of sorts.”

“The Year of Whose Lord?: Let’s not expect too much of (Christian) humanism” – At Comment, Chad Wellmon reviews and respond to one of my favorite books of 2018, Alan Jacobs‘ In the Year of Our Lord 1943: Christian Humanism in an Age of Crisis. Wellmon provides a valuable look at an alternative take on Christian humanism from the figures of Jacobs’ book (W.H. Auden, T.S. Eliot, C.S. Lewis, Jacques Maritain, and Simone Weil) in the form of Swiss theologian Karl Barth.

“Self-Control, the Leader’s Make-or-Break Virtue” – In light of the challenging array of pastoral failure over the last few years, Drew Dyck’s essay about the need for self-control in leadership is right on time. “Self-control is essential for every Christian. But as Strachan observed, for leaders the stakes are especially high. It’s no wonder Scripture lists self-control as a qualification for church leaders (Titus 1:8; 1 Tim. 3:2), describes it as a fruit of the Spirit (Gal. 5:25), and likens a person without it to “a city broken into and left without walls” (Prov. 25:28).” 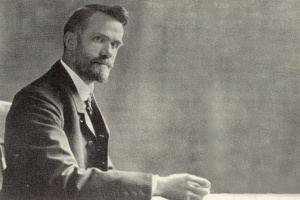 “When Christian Evangelicals Loved Socialism” – The title might stir enough trouble in itself, but Peter Feuerherd’s examination of a unique time in the early twentieth century is worthwhile because this historical precedent is on the rise in some evangelical circles in our own day. Whether modern evangelicals would embrace Feuerherd’s definition of evangelicalism is debatable, but the article is still worth the read. “Walter Rauschenbusch, a Baptist pastor ministering to the poor on Manhattan’s Upper West Side, proposed an evangelical viewpoint that strongly embraced socialist ideals. During an 1891 trip to Germany, Rauschenbusch began formulating his view of the Kingdom of God, a concept that Jesus in the Gospels regularly refers to. Often, Jesus’s teaching is seen as referring to the afterlife, but Rauschenbusch and other Social Gospel thinkers saw it as relevant to contemporary times. Rauschenbusch promoted the idea that Christians needed to transform society to favor the poor and the oppressed.”

“Pelosi praises evangelicals in address to Christian college presidents, cites Matthew 25” – Not exactly the headline I expected to see, but a conversation hosted at the Council for Christian Colleges and Universities (CCCU) Presidents’ Conference involving both Betsy DeVos and Nancy Pelosi is fascinating in itself.  The conversation involves education, health care, immigration, and so much more. One of my former bosses, Galen Carey, of the National Association of Evangelicals, appears at one point as well.

In[I do not necessarily agree with all the views expressed within the articles linked from this page, but I have read them myself in order to make me think more deeply.]