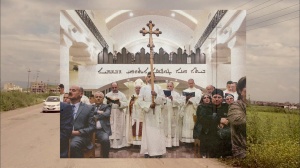 “The Impossible Future of Christians in the Middle East: An ancient faith is disappearing from the lands in which it first took root. At stake is not just a religious community, but the fate of pluralism in the region.” – Emma Green offers a stellar piece of reporting at The Atlantic on the situation that I have discussed often with my friends in the Middle East, both while visiting there and when they have visited here. There is a crisis in the Middle East of Christians fleeing their homelands for a variety of reasons.

“Back Row America” – Chris Arnade at First Things: “For many back row Americans, the only places that regularly treat them like humans are churches. The churches are everywhere, small churches that have come in and taken over a space and light it up on Sundays and Wednesdays. They walk inside the church, and immediately they meet people who get them. The preachers and congregants inside may preach to them, even judge their past decisions, but they don’t look down on them. They have walked the walk and know the shit they are going through, not from a book, not from a movie, not from an article, not from a study, but from their own lives or the lives of their friends. They look like them, and they get them. There are rules to follow if you join, but they don’t require having your paperwork in order or having proper ID. They don’t require getting grilled about this and that. They say, ‘Enter as you are,’ letting forgiveness wash away a past that many want gone.” 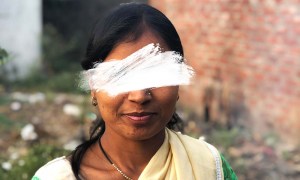 “Why Indian Leader Modi’s Big Win is an ‘Absolute Tragedy’ for Christians” – From Open Doors: “Since Modi came to power in 2014, India has risen from number 28 to number 10 on Open Doors’ World Watch List, the annual list that measures the 50 places around the world where it’s hardest to follow Jesus. Under his leadership, Hindu nationalist attacks against Christians have risen, believers are given fewer rights in some areas and the government is frequently accused of turning a blind eye to brutal attacks against religious minorities like Christians. Open Doors’ local partners recorded 147 incidents of violence against Christians in India in 2014, but they have recorded 216 violent incidents in India in the first quarter of 2019 alone, including two murders.” 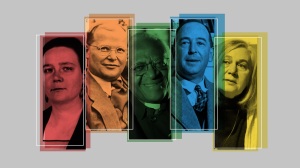 “Lessons on Christian Rhetoric from Five of its Greatest Practitioners” – Erin Straza interviews James E. Beitler III on his new book Seasoned Speech: Rhetoric in the Life of the Church. There, Beitler examines the rhetorical strategies of C. S. Lewis, Dorothy L. Sayers, Dietrich Bonhoeffer, Desmond Tutu, and Marilynne Robinson in their oral and written communication.

“After Technopoly” – Alan Jacobs reflects in The New Atlantis on Neil Postman’s assessment of “technopoly” with some help from Polish philosopher Leszek Kołakowski and English political philosopher Michael Oakeshott. With the fine distinction between technological core and mythological core, Jacobs’ concludes: “Technopoly is a system that arises within a society that views moral life as an application of rules but that produces people who practice moral life by habits of affection, not by rules. (Think of Silicon Valley social engineers who have created and capitalized upon Twitter outrage mobs.) Put another way, technopoly arises from the technological core of society but produces people who are driven and formed by the mythical core.”

“Pushing Back Against Marilynne Robinson’s Theology” – Speaking of Marilynne Robinson, this essay by Jessica Hooten Wilson offers a thoughtful critique of Robinson’s approach to Christian faith. While I deeply enjoy Robinson’s writing, particularly her Pulitzer Prize-winning novel Gilead, there seems to be at times an uncritical reading of her work within Christian circles. Wheaton College’s theology conference two years ago was entirely focused on her work, producing a book of appreciation and critique entitled Balm in Gilead: A Theological Dialogue with Marilynne Robinson.

“Vacation is Good For Your Health” – “If you feel like you need a vacation, you’re almost certainly right. Americans get far fewer paid days off than workers in pretty much any other industrialized democracy, and the time we actually take off has declined significantly, from 20.3 days in 1987 to 17.2 days in 2017….people who take more of their allotted vacation time tend to find their work more meaningful. Vacation can yield other benefits, too: People who took all or most of their paid vacation time to travel were more likely than others to report a recent raise or bonus. And time not taken depresses more than individual career prospects: In 2017, the average U.S. worker left six paid vacation days unused, which works out to 705 million days of travel nationally, enough to support 1.9 million travel-related jobs.” So, take a vacation this summer.

“A Revolution of Time” –  Paul Kosmin takes us on a journey through time to the cataclysmic beginning of marking time as we know it. “Last year was 2018. Next year will be 2020. We are confident that a century ago it was 1919, and in 1,000 years it will be 3019, if there is anyone left to name it. . . .Now, imagine inhabiting a world without such a numbered timeline for ordering current events, memories and future hopes. For from earliest recorded history right up to the years after Alexander the Great’s conquests in the late 4th century BCE, historical time – the public and annual marking of the passage of years – could be measured only in three ways: by unique events, by annual offices, or by royal lifecycles.”

“1 in 10 Young Protestants Have Left a Church Over Abuse” – “Surrounded by revelations of #MeToo and #ChurchToo, younger Christians are more keen to recognize sexual abuse—and less likely to put up with it. According to a new study sponsored by LifeWay Christian Resources, 10 percent of Protestant churchgoers under 35 have previously left a church because they felt sexual misconduct was not taken seriously. That’s twice as many as the 5 percent of all churchgoers who have done the same. Among the younger demographic, 9 percent said they have stopped attending a former congregation because they personally did not feel safe from misconduct.”

“Age of Fear” – John Wilson, editor of the now defunct Books & Culture, wants to talk about fear. In his own inimitable style, Wilson does so in First Things by interviewing himself about fear based on a tweet that he made earlier this month. In this self-interview, Wilson tracks through a number of books and articles he has been reading on the topic, including a piece in The Weekly Standard that I referenced in an earlier edition of “The Weekend Wanderer,” which you also might enjoy reading, “Fear Factor,” which is an extended review of Martha Nussbaum’s The Monarchy of Fear.

Music: Bob Dylan, “Everything is Broken,” outtake from MTV Unplugged in 1994; originally from the album Oh Mercy.