Last week I was on vacation with my family, so I took a break from pulling together the weekend wanderer. We enjoyed a circle tour around Lake Superior, starting with the Upper Peninsula of Michigan, then into Ontario in Canada, and concluding with a stops in Minnesota and northern Wisconsin. It was a beautiful journey in God’s creation with those I love the most. Here are a few photos, although I could share even more.

Okay, back to this weekend’s collection for “The Weekend Wanderer.”

“Questioning Faith After Purity Culture: In Conversation with Joshua Harris” – For those who grew up in evangelicalism, particularly conservative evangelicalism, Joshua Harris was a household name. This was largely due to the popularity of his book, I Kissed Dating Goodbye, which advocated courtship and became a big hit in the purity movement. For those on the outside, like me, much of Harris’ material seemed laughable and worth ignoring. Others, who grew up within the purity movement, have found some aspects of it painful and confusing.  So it was rather big news recently when Harris, who had already stepped away from pastoral ministry and distanced himself from his previous work, announced not only that he was separating from his wife but that he had also left the faith. That is, he was no longer a Christian, or was, at least, going through a deconstruction of faith that would, according to him, hardly be characterized as Christianity. Two very different reads on this come from Katelyn Beaty at Religion News Service (“Joshua Harris and the sexual prosperity gospel”) and Al Mohler in The Briefing (“The Tragedy of Joshua Harris: Sobering Thoughts for Evangelicals”).

“Kissing Christianity Goodbye” – While this article by Carl Trueman jumps off from the previous news about Joshua Harris, it is really something broader than that. Noticing the tendencies within the group known (or formerly known) as “the Young, Restless and Reformed,” Trueman critiques modern evangelicalism, calling everyone to account for what is happening. If you’re not familiar with “the Young, Restless, and Reformed” group, it’s not a daytime soap opera, but a movement toward a somewhat simplistic Reformed theology within evangelicalism in the early 2000s and sometimes called “the New Calvinists.” Collin Hansen’s 2006 article at Christianity Today provides a good summary, and was eventually turned into a full-length book. Trueman’s article at First Things deserves a read or two. 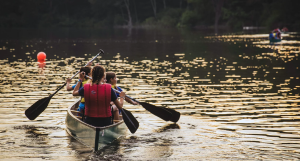 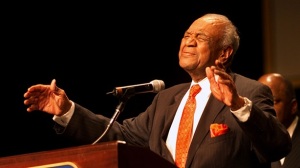 “Learning from a Legend: 2 life lessons we can learn from Gardner C. Taylor” – In an inspiring article drawn from his book on Gardner C. Taylor, Jared Alcántara highlights two traits of this outstanding preacher that today’s preachers would do well to emulate: caring more about faithfulness than success and emphasizing the greatness of the Gospel more than the greatness of the preacher. As quickly as that and I’ve added Alcántara’s book to my reading list. 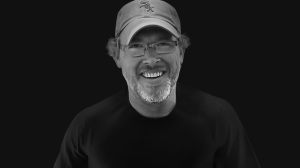 “Remembering Rob Moll” – Those familiar with Christian journalism and writing may know the name Rob Moll from his books, articles, or presence for several years at Christianity Today. It was terrible to hear of his untimely death while hiking at Mount Rainier. Here is Ted Olsen, a longtime colleague and friend, writing about Moll: “For years, Rob thought a lot about death. He volunteered as a hospice chaplain and took a part-time job at a funeral home even before he decided to write his first book, The Art of Dying. Why, I wondered, was such a young guy so interested in learning how to die well? Isn’t that something to think about after midlife? Few healthy and athletic 41-year-olds are as prepared for their death as Rob was.” You can read a selection of his articles after Olsen’s remembrance, including his poignant reflection on the writing of Albert Camus, “Saved by an Atheist.”

Music: Harrod and Funck, “Walk into the Wild” from the self-titled album.