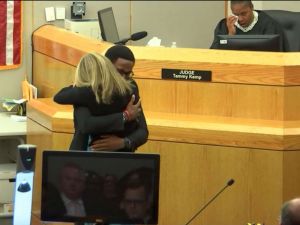 “Extraordinary act of mercy: Brother of Botham Jean hugs and forgives Amber Guyger after 10-year sentence imposed” – Forgiveness is complicated and powerful. There has been a lot of discussion around Brandt Jean’s response to Amber Guyger, but there is no doubt that it is powerful to see the extension of forgiveness to an offender. We saw something similar to this after the shooting of nine people at Emanuel AME Church in Charleston, SC. Different people respond in different ways. Justice is required because all lives are equally valuable as made in the image of God. We must admit that justice and forgiveness apply in overlapping arenas of the public square and interpersonal relationships. Justice and forgiveness do not exist in an “either/or” dilemma perpetually at odds with one another. We must continue to debate the appropriate and equitable application of justice in these situations. We must also continue to learn more about forgiveness until we see the Author of forgiveness face to face.

“Iran has world’s ‘fastest-growing church,’ despite no buildings – and it’s mostly led by women: documentary” – A friend passed this article along to me about a new documentary, Sheep Among Wolves, exploring the dramatic growth of Christianity in Iran. This dynamic growth is fueled by discipleship and not by structures. I have had the privilege of talking with movement leaders in this part of the world, as well as with the Iranian diaspora, and it is fascinating to hear about this surging work of God. While I haven’t watched the nearly two-hour documentary yet, I look forward to doing so. 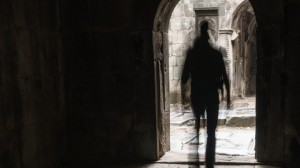 “Three Decades Ago, America Lost Its Religion. Why?” – One of the biggest discussions amongst religious folks these days is the decline of religion in America, particularly Christianity, and the rise of what is known as the “religious nones.” I am increasingly convinced that this at least partially a result and symptom of (manipulative?) messaging in the public square more than it is about theology and decline in religious desire. Derek Thompson writes: “Religion has lost its halo effect in the past three decades, not because science drove God from the public square, but rather because politics did. In the 21st century, ‘not religious’ has become a specific American identity—one that distinguishes secular, liberal whites from the conservative, evangelical right.” Now, that will make you stop and think for awhile. You will wonder to yourself, “Is that true?” And you will read the news, and you will say, “That may just make sense.”

“InterVarsity can require its leaders to be Christian, judge rules” – In a headline that seems obvious, we return again to the contested crossroads of faith and the public square, this time in relation to student groups on university campuses. If fraternities and sororities can choose for their participants to be only men or women (which is already debated), can social or religious groups not also limit their members based on affiliation? Thankfully, a judge in Iowa used some basic common sense here in relation to a lawsuit filed by InterVarsity Christian Fellowship against the University of Iowa. One could ask the searching question, “Why would someone want to be part of the leadership of a group that stands for something they disagree with?” The answer to that may lead us into deeper questions about hidden motivations and some aspects of the entire contemporary social project aimed at eliminating all limits and differences between individuals and groups.

“The Miracle of Canticle“ – I don’t remember when I first read Walter Miller’s post-apocalyptic novel, A Canticle for Leibowitz, but I do remember not wanting to put it down. What was it that captivated me within this quirky series of three novellas depicting a world ravaged by war and scavenging for lost knowledge and wisdom? Was it the central role some aspect of faith plays in the form of a resourceful monastery at the heart of all three stories? Was it the author’s ability to weave together meaningful conversation about reason, faith, war, and loss in the midst of fascinating science fiction that feels contemporary? It’s still hard for me to put my finger on it, but as the work celebrates sixty years since publication, I don’t mind joining Daniel Kennelly in savoring it again.

Music: Ella Fitzgerald and Louis Armstrong, “They Can’t Take That Away from Me,” from Ella and Louis.