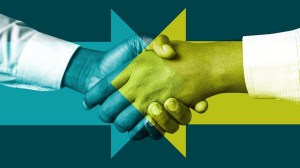 “The Necessary Partnership of Truth and Charity” – When difficult issues arise within the faith, you may hear people say, “You need more grace!”, or, “We’ve lost the truth here!” Usually, there is some truth in both statements. However, grace and truth are not a polarity, but two aspects of the character of God that necessarily fit together. Often, we likely misunderstand somehow what grace and truth mean in a specific circumstance or particular issue. Tish Harrison Warren aptly writes here about the partnership of truth and charity.

“Amusing Ourselves to Death: Huxley vs Orwell” – Growing up, I heard often about George Orwell’s 1984, first from my older brother and then through my studies. When my own sons reached high school, it was one of the optional books for reading, and I remember more than a few conversations about the dark, post-apocalyptic world Orwell conjured into the imagination through that book. Neil Postman‘s 1985 book Amusing Ourselves to Death makes the case that Orwell’s imaginary is less true to our current life than Aldous Huxley’s apparently more absurd Brave New World. I increasingly agree with that assessment. Here’s a comparative cartoon crash-course in both novels and what they say about our world. 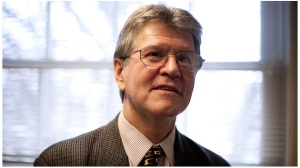 “The 2010s: A Decade in Faith?“ – Baylor professor of the history of religion and author of The Next Christendom: The Coming of Global Christianity, Philip Jenkins, reflects on the most meaningful issues or changes in the church in the 2010s. Referencing issues within the United States and world Christianity, Jenkins shares his insights launching off from the questions: “So what will future scholars of Christianity highlight when they write the history of the 2010s? What tremors reshaped the landscape of faith?” This is well worth the read.

“The AND Campaign: 2020 Statement on the Presidential Campaign” – Someone from my congregation shared this resource for me and it caught my attention for several reasons. First, here is an effort to stand within historic Christianity that also grapples with various social issues that are at play within the United States. Second, it is an interesting engagement with the political issues of our faith, something we all are going to grapple with in the next two years. Third, it represents a multi-ethnic approach to these issues which is sadly missing in much church engagement with politics.

“Hymn-writer Sandra McCracken: Worship music should focus less on emotion, more on community” – When I first became a follower of Jesus, the Senior Pastor at my home church invited me to “lead worship” on piano at Sunday night services utilizing contemporary worship music and praise choruses. There wasn’t a lot to work with, but I pulled in songs from the Vineyard or Maranatha, as well as reworked versions of hymns. Now, there is more music than we know what to do with, sustaining an entire industry of worship music. Some of it is helpful, but there are huge gaps. Sandra McCracken highlights one of those gaps in this interview.

Music: Sandra McCracken, “We Will Feast in the House of Zion,” from Psalms.