“Most Americans Are Lonely, And Our Workplace Culture May Not Be Helping” – There is an epidemic of loneliness in the United States that has been well documented for several years, but has reached a crisis point recently. Many point their fingers to technology or social media, but it may be that our work context, specifically relationships or lack thereof at work, are contributing to loneliness as well.

“From context collapse to content collapse” – From Nicholas Carr: “Context collapse remains an important conceptual lens, but what’s becoming clear now is that a very different kind of collapse — content collapse — will be the more consequential legacy of social media. Content collapse, as I define it, is the tendency of social media to blur traditional distinctions among once distinct types of information — distinctions of form, register, sense, and importance. As social media becomes the main conduit for information of all sorts — personal correspondence, news and opinion, entertainment, art, instruction, and on and on — it homogenizes that information as well as our responses to it.” 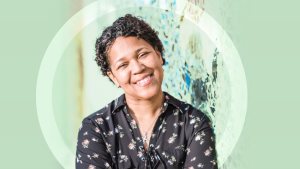 “Kristie Anyabwile: When Women of Color Write, the Whole Church Gains” – “Over the years, Kristie Anyabwile has found herself returning to Psalm 119 during her daily devotions. ‘The psalm itself is full of reminders of the beauty and the benefits of God’s Word,’ she says. ‘It has always drawn me in. It not only encourages me, but it helps to whet my appetite more for God’s Word.’ It was during one of these times of personal study that she birthed the idea for His Testimonies, My Heritage: Women of Color on the Word of God. The multiauthor book—which received an Award of Merit in this year’s CT Book Awards—explores the 22 stanzas of Psalm 119 through exposition, essays, and poetry.”

“Beyond charity: How churches are helping food deserts” – Our church has been involved at different times and in different ways with trying to help with food security in our part of Milwaukee. We have a long way to go and have tried various methodologies, and are always looking for new ways to develop. I was encouraged to read this article about churches stepping beyond simple forms of help into more systemic approaches to resolving food deserts.

“Read the Letter Dietrich Bonhoeffer Wrote to Gandhi” – One of the most influential seasons of Dietrich Bonhoeffer’s life and ministry came while he was studying in the United States at Union Theological Seminary. It was not necessarily the studies there that influenced Bonhoeffer, but his exposure to the African American community in Harlem and Abyssinian Baptist Church. Like Dr. Martin Luther King, Jr., Bonhoeffer was also influenced by Gandhi. A recently discovered, unpublished letter of Bonhoeffer to Gandhi reveals some insights into what Bonhoeffer was looking for in this figure from across the globe.

“Ian McKellen’s unearthed Lord of the Rings set diaries will take you there and back again” – While I am not always a fan of great books turned into movies, our family has a deep love for the The Lord of the Rings trilogy both Tolkien’s original writings and the movies directed by by Peter Jackson. Ian McKellen’s role as Gandalf is a stand-out, which shouldn’t surprise those of us who know McKellen first as a Shakespearian actor and later as a film star. I hope you enjoy these glimpses into McKellen’s journals while on the set of Lord of the Rings.

Music: Nils Frahm, “A Walking Embrace,” from All Encores.