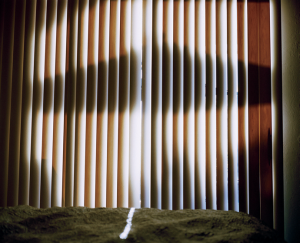 “The Cancer Chair: Is suffering meaningless?” – Christian Wiman, American poet and Professor of the Practice of Religion and Literature at Yale Divinity School, writes about his journey with cancer and questions about the meaning of suffering. Always an astute craftsman of words (if you haven’t read My Bright Abyss, do yourself a favor and read it sometime soon!), Wiman brings together reflections on his own cancer, the book of Job, Friedrich Nietzsche, Simone Weil, Albert Camus, and the Cross of Christ.

“From the Abundance of the Heart” – Alan Jacobs shares an essay on a topic that more of us should think about, particularly in the social media era: the power of our words. Relating an experience of giving a lecture based on an essay he had written but not yet published, Jacobs encountered the sourness of his words as they came out of his mouth, bringing a sense of conviction about the fact that these were both his words and words of which he did not approve at the same. There are some interesting insights here about the words of Jesus: “The good person out of the good treasure of his heart produces good, and the evil person out of his evil treasure produces evil, for out of the abundance of the heart his mouth speaks” (Luke 6:45). 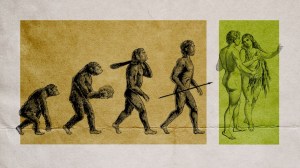 “What If We Don’t Have to Choose Between Evolution and Adam and Eve?” – When I was working as a college pastor in the early 2000s, we conducted a teaching series called “Hot Topics,” where we engaged with controversial issues facing students in relation to faith. One of those topics that continues to be hotly debated in certain circles is the relationship between creation and evolution. Just this past year, S. Joshua Swamidass, a computational biologist at Washington University in St. Louis, published The Genealogical Adam and Eve: The Surprising Science of Universal Ancestry in an attempt to change the terms of the debate. His book is up for a Reader’s Choice Award at InterVarsity Press. Here’s an interview with Swamidass about his book and his thought-provoking claims. 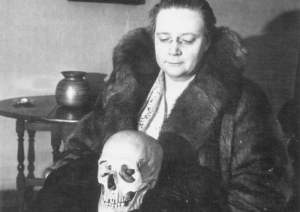 “‘No Divine Revelation, Feminine Intuition or Mumbo Jumbo’: Dorothy L Sayers and the Detection Club” – Dorothy Sayers, one of the most incisive writers and thinkers of her era, is perhaps known best today for her connection to the Inklings, a group of writer including J. R. R. Tolkien and C. S. Lewis. Christians may know her for her radio play, The Man Born to Be King, or The Mind of the Maker, but Sayers was well-known for her mystery-writing with the Lord Peter Wimsey novels. Sayers founded the Detection Club to support mystery writing, and it apparently still exists today. Who knew?

“Richard Rohr Reorders the Universe” – These days I cannot seem to take more than a few steps within Christian circles without someone mentioning Richard Rohr. He is one of those authors whose influence looms large for those who are seeking to reengage with faith and spirituality in an ecclesially disillusioned age. There are certain impulses about Rohr that I appreciate, some theological moves that deeply concern me, and a few other things about him that just drive me nuts. Love him or hate him, you have to reckon with Richard Rohr in discussions of faith today. Back in July, I shared Matthew Milliner’s helpful “field guide” to Rohr, and just this week Eliza Griswold offered a more personal look Rohr and his influence in North America today. 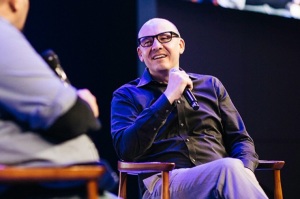 “Willow Creek’s interim pastor to step down as church drops top candidates to fill Hybels’ shoes” – Speaking of ecclesial disillusionment, Willow Creek continues to reel after the leadership crisis surrounding misconduct accusations against former Senior Pastor Bill Hybels. After the top two candidates for filling the Senior Pastor role were released by Willow Creek, Steve Gillen, Willow’s acting senior pastor, tendered his resignation effective March 17 because of the protracted nature of the search. Looming in the background are recent accusations that Dr. Gilbert Bilezikian, an influential founder of Willow Creek and mentor to Bill Hybels, has also been accused of sexual harassment and misconduct both at Willow Creek and during his time at Wheaton College. May God purify His church and have mercy upon His people.

Music: Asgeir, “Until Daybreak,” from Bury the Moon