“Loving to Know” – N. T. Wright addresses the importance not only of what we know, but how we know.  Stepping into the divide between “subjective” and “objective” knowledge, Wright explores the ways in which not only his own discipline of New Testament studies has been impacted by this supposed distinction, but also our broader experience as religious beings. “The way out is an understanding of ­creation as the gift of love, to which love is the appropriate response. But we cannot reach that true understanding of ­creation by a direct approach, for it quickly leads us back to idols. We must start with the center of creation: Jesus himself.”

“The Political Captivity of the Faithful” – Here is Nathan Hatch, religious historian and President of Wake Forest University, on the way both conservatives and liberals are held captive to the politicization of our day. “Today, I look in vain for religious leaders whose theological convictions creatively bridge the chasm between conservative and progressive views of the world not for political reasons, but for religious ones. One regularly sees this point made about the conflation of evangelical and conservative values, but I think there is much the same pattern among mainline and progressive Christians. When mainline churches develop an agenda on social policy, it has typically gravitated to those issues, however worthy, that have been defined by others.” 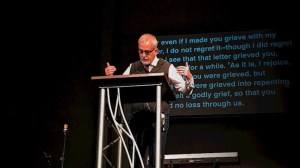 “Acts 29 CEO Removed Amid ‘Accusations of Abusive Leadership'” – It’s hard not to cry out when I read these articles, “Not again!” Lord, have mercy upon us. “As CEO of Acts 29, Steve Timmis was an effective and respected leader. During his seven years at the helm, the church planting network rebounded from the fallout around its co-founder Mark Driscoll and expanded from 300 mostly US churches to 800 around the world.A gray-haired British pastor with sharp Bible teaching and deep passion for mission, Timmis was known for the model of intensive gospel community developed at his 120-person church in the middle of England, The Crowded House. He emphasized ‘ordinary life with gospel intentionality.’ But while his international reputation grew, some who knew Timmis in his ordinary life—who prayed, fellowshipped, and evangelized with him in living rooms, offices, and pubs—saw a different side.”

“Narcissism is not a ‘leadership style'” – After that last article––and the apparent endless stream of similar stories––it’s probably as good an opportunity as ever to hear from Chuck DeGroat about narcissism in leadership. Speaking directly of Driscoll, Acts 29, and Timmis, DeGroat writes: “Let me be crystal clear: bullying, controlling, and scaring are not characteristics of any ‘leadership style’ I find worthy of ‘Christian” leadership. These descriptors do not remotely approach the character of a Jesus-following leader. These pastors described an abusive pastor and abusive culture.'” 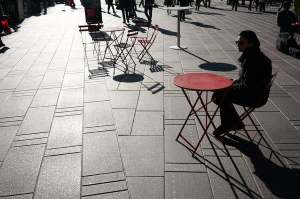 “Five Lies Our Culture Tells: The Cultural Roots of Our Political Problems” – David Brooks addresses the deeper look at our political divides to address five core lies that our culture believes and lives by that are just, plain, wrong. Part of this material is drawn from Brooks’ book The Second Mountain: The Quest for a Moral Life.

“Back to the Future” – Peter Thiel reviews Ross Douthat’s new book, The Decadent Society: How We Became the Victims of Our Own Success, which critiques our prevailing sense of inevitable progress over the years. “Douthat outlines four aspects of decadence: stagnation (technological and economic mediocrity), sterility (declining birth rates), sclerosis (institutional failure), and repetition (cultural exhaustion).” You can read a summary of Douthat’s argument in “The Age of Decadence” at his regular column in The New York Times.