“A Nation on Fire Needs the Flames of the Spirit” – One of the voices I would encourage you to listen to very closely in this moment is that of Dr. Esau McCaulley, professor of New Testament at Wheaton College. Here is a recent sermon he delivered on Pentecost that ties together the fires of the Holy Spirit and the fires of the current protests. You may also enjoy Ed Stetzer’s 4-part interview with him here: 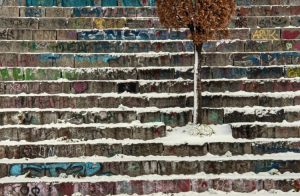 “5 Ways Your Predominantly White Church Can Work for Racial Justice and Reconciliation” – From Pastor Rich Villodas of New Life Fellowship in New York City: “As a pastor of color who leads a very multi-ethnic and multi-cultural church, I often get asked by other pastors and leaders around the country how white, homogeneous churches can embody the gospel’s claim that a new communal identity is possible in a setting not given to reconciliation. I want to suggest that while not every church is going to reflect multi-ethnicity, predominantly white churches in predominantly white neighborhoods can still do their part in connecting the gospel to race.” 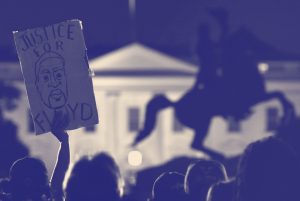 “Bryan Stevenson on the Frustration Behind the George Floyd Protests” – Some of you may be familiar with the book or movie Just Mercy, featuring the work of Bryan Stevenson, a civil-rights lawyer and the founder of the Equal Justice Initiative.  Here is an interview with him by Isaac Chotiner helping explain what is going on underneath the protests happening around our cities and nation. He says: “We need to reckon with our history of racial injustice. I think everything we are seeing is a symptom of a larger disease.” 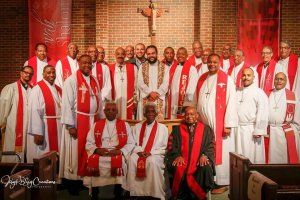 “Lutheran Church–Missouri Synod Black Clergy Caucus Statement on George Floyd” – My maternal grandmother always prayed that I would become a minister in the Lutheran Church–Missouri Synod. She would often mention to me as I was in training for ministry, “The Lutheran Church could use some nice young ministers.” Because of that, I’ve always had a fondness for the LCMS which fits quite well with being here in Milwaukee where I currently serve in a non-denominational church (sorry, grandmother!). I must confess I did not know there was a black clergy caucus for the LCMS rooted in the south. This statement by that group in relation to the killing of George Floyd captured my attention.

“What Turkey Did to Its Christians” – Gabriel Said Reynolds at Commonweal: “A traveler in Ottoman Turkey in the mid-nineteenth century would have discovered a robust and diverse Christian presence of different denominations and ethnicities, including Armenians, Greeks, and Assyrians. There were between 3 and 4 million Christians in what is now Turkey—around 20 percent of the total population. They were spread throughout the area, from Thrace in the northwest to the far-eastern regions of Anatolia beyond Lake Van, where Armenians likely outnumbered Turks. By 1924, through three successive waves of massacre, deportation, abduction, and forced conversion, Christians had been reduced to 2 percent of Turkey, and almost all who remained would depart in the following decades.” 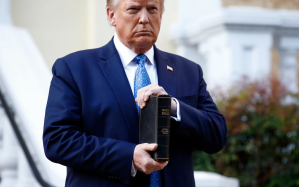 “American Bible Society leader: Don’t use the Bible as a political ‘prop'” – The Bible has served as an important symbol in many contexts beyond the church from swearing oaths in court to public readings of Scripture at ceremonies. This is because the Bible holds words that are powerful for our souls and meaningful in the public consciousness. This last week President Trump received a lot of attention for using the Bible in a photo shoot at St. John’s Church near the White House. Here are a few other reactions at various points along the opinion spectrum from evangelist Franklin Graham,  presiding bishop of the Episcopal Church Michael Curry, and Kate Shellnutt’s reporting on the range of Christian responses to the event. Regardless of your opinion, this is probably the top news story featuring the Bible in the past week, and also raises significant questions about the interface of faith and the public square.

“Facing A Crisis Of Family Formation” – From Yuval Levin, author of The Fractured Republic and A Time to Build: “The idea that the family is an institution at all is hard to deny and yet difficult to comprehend. This is in part because the family occupies a distinct space between two meanings of the term “institution.” It is not an organization exactly, but neither is it quite a practice or a set of rules or norms. In a sense, the family is a collection of several institutions understood in this latter way—like the institution of marriage and the institution of parenthood. The family arranges these institutions into a coherent and durable structure that is almost a formal organization. It resists easy categorization because it is primeval. The family has a legal existence, but it is decidedly pre-legal. It has a political significance, but it is pre-political too. It is pre-everything. 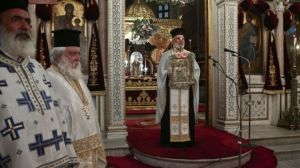 “Greek Orthodox Church rules yoga is ‘incompatible’ with Christianity” – In other news, here is this from another part of the world. From time to time, I am asked interesting questions as a pastor about what I think about certain issues, popular practices, or cultural phenomena. These issues can be tricky to speak to because of the nuances of applying Scripture to contemporary issues. Sometimes we get it right and sometimes we get it wrong. This one caught my eye as the Greek Orthodox Church reacted to yoga during the pandemic.