“Growing Young and Growing Old: The Legacies of John Lewis and J.I. Packer” – Russell Moore writes after the passing of two great figures last week: “Within a span of 24 hours, we learned of the deaths of two titanic figures—civil rights leader and United States Congressman John Lewis, and evangelical theologian J.I. Packer. Both were old—Lewis was 80 and Packer 93—but upon reflection, I couldn’t help but see each, in my own imagination, at radically different periods in life. With Lewis, I saw the smiling, young civil rights worker in the mug shot after his arrest in Mississippi. With Packer, I saw the frail, wizened theologian ambling through a library, a stack of books precariously cradled in his arms.”

“Multiracial Congregations May Not Bridge Racial Divide” – Via NPR: “Twenty years ago, a sociologist at Rice University directed a study of efforts by white evangelical Christians to address racial inequality. Michael Emerson’s provocative conclusion, summarized in his book Divided By Faith and co-authored with Christian Smith, was that evangelicals ‘likely do more to perpetuate the racial divide than to tear it down,’ largely because they tended to worship in racially segregated congregations and viewed racial prejudice as an individual, not a societal, problem….Emerson then proposed an answer to the problem he had highlighted: If Christians of different racial backgrounds began worshipping together, he suggested, racial reconciliation could follow. In a 2004 book, United By Faith, a sequel to his earlier book, Emerson and a team of collaborators called for a new church movement.”

“Plurality and Unity” – From Alan Jacobs at his blog, Snakes and Ladders: “A few years ago I would have said that the greatest danger facing the Christians I know was a kind of carelessness about the truth, a shrugging at difference and disagreement; now I think it’s the opposite, a kind of premature foreclosure, which is a way of immanentizing the eschaton. Obviously in any group of people we will find both intellectual flaccidity and intellectual rigidity present, but I do think that rigidity is now in the ascendent, simply because it is in the ascendent in our ambient culture and Christians, for the most part, behave as their ambient culture behaves.” 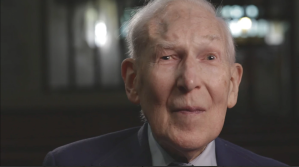 “6 Reasons Christians Worldwide Thank God for J.I. Packer” – Ajith Fernando is one of my favorite Bible teachers and commentators. I really enjoyed his reflections on the worldwide appreciation for J. I. Packer after Packer’s passing last week. “Often when the church in the West commemorates the giants it produced, it forgets the contribution these leaders made to the church in the Global South, and the part they played in the renewal our churches are experiencing today. We have just seen the passing away of another of those giants: J. I. Packer. This is a personal reflection on his impact on my life, and I believe on the lives of many Christians in the majority world.”

“What Is Systemic Racism (Dr. Tony Evans)” – There is a lot of discussion right now around issues of racism, sin, systemic racism, and systemic sin. This is not an easy topic to discuss but also requires a good deal of thoughtfulness in how we approach it. In this six minute video Dr. Tony Evans offers a fairly helpful look at the topic in his typically balanced manner.

“What is ‘the Church’?” – In Comment, philosopher Peter Kreeft revisits a two-thousand-year-old question: what is “the Church”? His reflections reveal that the answer isn’t simple, which is to be expected. At the same time, Kreeft’s reflections should give us pause in this day of rethinking church and hopefully point us toward more meaningful engagement with who we are in Christ and what it means to be His people.