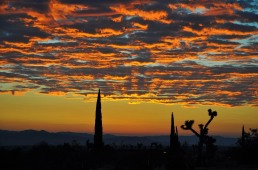 “Word for the year: patient-endurance” – Ian Paul at Psephizo: “Last week, in our mid-week church group, we were reflecting on what God has been teaching us during 2020. Various people shared experiences, and particular biblical passages or verses—but one person shared a word, not from Scripture, but from reflection on the year and a sense of what God was forming in this person, and the word was ‘resilience’….We don’t find the term ‘resilience’ in the New Testament, but we do find an important term that carries many of the same ideas, and which has a particular importance in the context of Christian discipleship. The term is ὑπομονή (hypomone)….It thus combines ideas of endurance, patience, and courage, and is translated in various way in ETs, including ‘endurance’, ‘steadfastness’, and (my favourite) ‘patient endurance’.”

“‘How Did We Get Here?’ A Call For An Evangelical Reckoning On Trump” – A friend shared with me this interview with Ed Stetzer of Wheaton College by NPR. “As fallout continues from the deadly siege on the U.S. Capitol, Ed Stetzer, head of the Billy Graham Center at Wheaton College in Illinois, has a message for his fellow evangelicals: It’s time for a reckoning. Evangelicals, he says, should look at how their own behaviors and actions may have helped fuel the insurrection. White evangelicals overwhelmingly supported President Trump in the 2020 election.”

“Open Doors’ 2021 watch list highlights impact of COVID-19 on religious persecution worldwide” – “The COVID-19 pandemic has exposed a number of existing problems: political divides, inequities, conspiracy theories. It also has exposed religious persecution in a number of countries, according to Open Doors. In India, the Christian watchdog organization said 80% of Christians who received pandemic aid from its partner organizations reported they’d been turned away from other food distribution points because of their faith. Others reported they’d been passed over for employment. Some had walked miles and hidden their religious affiliation in order just to get food, it said.”

“Explainer: The Supreme Court reinstates abortion pill restriction“ – Here’s an explainer from the Ethics and Religious Liberty Commission on an abortion debate issue addressed by the Supreme Court this past week. “The Supreme Court of the United States (SCOTUS) granted the application for stay presented by the Trump Administration and reinstated requirements for women seeking medical abortion pills to first visit a doctor’s office or clinic. The decision was split 6-3, with the liberal justices in the dissent.” 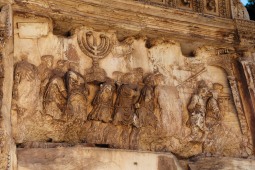 “What Happened at Masada?” – James Romm reviews two new books on Masada at The New York Review of Books: “The historian Steve Mason has called The Jewish War by Flavius Josephus ‘perhaps the most influential non-biblical text of Western history.’ This may seem a surprising choice. Written in Greek around 75 AD, the war it describes—the Judaean revolt against Roman rule that began in 66 and largely ended in 70 after huge losses, including the destruction of much of Jerusalem and the tearing down of its Temple—hardly seems today to be ‘the greatest not only of wars of our own times, but of all those we have ever heard of,’ as Josephus claims in his opening words. Yet the work continues to fascinate, especially now that thorny questions have emerged concerning its account of the war’s coda in the year 74: the mass murder-suicide of nearly a thousand Jews who resided on the fortified hill of Masada, just before it was captured by the Romans.” 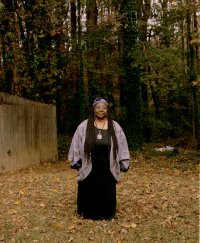 “What if Instead of Calling People Out, We Called Them In?” – I am convinced that we no longer know how to talk to one another. A friend shared this article with me and I found it thought-provoking within the current retributive cycle of our culture of vengeance and public shaming. “‘I am challenging the call-out culture,’ Professor Ross said from her home in Atlanta…’I think you can understand how calling out is toxic. It really does alienate people, and makes them fearful of speaking up.’ That perspective has made Professor Ross, 67, an unlikely figure in the culture wars. A radical Black feminist who has been doing human rights work for four decades, she was one of the signatories of a widely denounced letter in Harper’s Magazine, for which she herself was called out.”

Music: Max Richter, “On the Nature of Daylight,” from The Blue Notebooks.