“India’s Christians living in fear as claims of ‘forced conversions’ swirl” – Hannah Ellis-Petersen in The Guardian: “It was a stifling July afternoon when the crowd moved into the small district of Lakholi, in the Indian state of Chhattisgarh, and gathered outside the house of Tamesh War Sahu. Sahu, a 55-year-old volunteer with the Home Guard who had begun following Christianity more than five years previously, had never before had issues with his neighbours. But now, more than 100 people had descended from surrounding villages and were shouting Hindu nationalist slogans outside his front door. Sahu’s son Moses, who had come out to investigate the noise, was beaten by the mob, who then charged inside. As the men entered the house, they shouted death threats at Sahu’s wife and began tearing posters bearing Bible quotes down from the walls. Bibles were seized from the shelves and brought outside where they were set alight, doused in water and the ashes thrown in the gutter. ‘We will teach you a lesson,’ some people were heard to shout. ‘This is what you get for forcing people into Christianity.’ Sahu’s family was not the only one attacked that day. Four other local Christian households were also targeted by mobs, led by the Hindu nationalist vigilante group Bajrang Dal, known for their aggressive and hardline approach to ‘defending’ Hinduism. ‘We had never had any issue before but now our local community has turned against us,’ said Sahu.”

“How one Chicago church is stepping up to help Afghan evacuees” – Emily McFarlan Miller at Religion News Today: “When Afghanistan’s capital, Kabul, fell to the Taliban in August, it didn’t take long for the ripple effects to be felt halfway around the globe in Amy Treier’s home in the Chicago suburbs. By mid-August, the local office of evangelical aid group World Relief was so overwhelmed by contributions to help Afghans arriving in the Chicago area it didn’t have the capacity to store them. Neither did Immanuel Presbyterian Church in Warrenville, Illinois, which Treier and her family attend. So Treier, a professor of political science at nearby evangelical Wheaton College, and others at Immanuel stepped up to sort and hold onto the donations until Afghans who need them arrive. Within weeks, her guest room had become a storage room. By late September, her living and dining room were starting to look more like storage as well. The donations in Treier’s home will be packaged into three welcome kits for evacuees who are being resettled by World Relief, one of nine agencies that contracts with the United States government to work with refugees in the U.S.”

“G.K. Chesterton and the Art of the First Nations” – Matthew J. Milliner in The Hedgehog Review: “A century ago this year the British journalist G.K. Chesterton (1874-1936) first visited North America, where he was received like a celebrity. He lectured to packed venues in the major cities of the East Coast, Canada, the Midwest, Oklahoma, and Tennessee. Along the way he critiqued H.G. Wells’s naively optimistic view of progress as expressed in his Outline of History, which had been published the previous year in 1920. Wells saw humanity advancing beyond primitive cavemen toward a universal brotherhood (the ‘nascent Federal world State’) that surpassed traditional religion. Wells sought ‘religious emotion—stripped of corruptions and freed from its last priestly entanglements.’ Chesterton saw in such utopianism a ‘dangerously optimist’ view of history, which he believed remains ‘the first cry of Imperialism.’ So-called cavemen, for Chesterton, were not a waystation en route to modernity but were themselves a wonder, as evidenced by the inexplicable creative activity of rock art. These paintings didn’t need to be ‘explained’ with reductive theories (as they were in Chesterton’s day or ours); instead they testified to the inexplicable mystery of human consciousness itself. A century later, Chesterton’s vogue has been somewhat refreshed through the admiration of the philosopher Slavoj Žižek, but it would be hard to imagine his being received like a celebrity today by anyone but select admiring Catholics.” 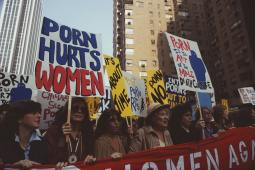 “Remnant of one of the oldest Black churches in US is unveiled in Virginia” – Adelle M. Banks in Religion News Service: “Archaeologists believe they have discovered the foundation of the original building of the First Baptist Church in Williamsburg, Virginia, one of the nation’s oldest Black churches. The announcement, shared first with descendants of First Baptist Church members, was officially made on Thursday (Oct. 7) by Colonial Williamsburg Foundation, which runs the well-known outdoor living museum and historic district in Williamsburg. ‘The early history of our congregation, beginning with enslaved and free Blacks gathering outdoors in secret in 1776, has always been a part of who we are as a community,’ said the Rev. Reginald F. Davis, pastor of First Baptist Church, in a statement.”

“10 Beatitudes for the Use of Social Media” – W. David O. Taylor at Churches for the Sake of Others website: “In October 2020, less than a month away from the polarizing presidential election that haunts us still, Bishop Todd wrote me to see if I might craft a policy to offer guidance to pastors, ministry leaders and lay people around the ‘good’ use of social media. He had witnessed enough petty, cantankerous, inflammatory and divisive rhetoric across our respective communities—around topics like Christian nationalism, Critical Race Theory, Covid-19 protocols and school board policies—to feel the need to point us in a better direction. After a few initial attempts, however, I found myself giving up on the task. On the one hand, I struggled to find the right language, both surgical and sensitive, to address every possible concern and every possible context in a way that might be felt faithful for any given person’s or congregation’s ‘right’ use of social media. On the other hand, I couldn’t quite see how a policy qua policy would do much good to dissuade someone from doing whatever they pleased on Facebook, Twitter, Instagram and the rest. Letting it sit for a few weeks, I suddenly (perhaps Spirit-edly!) landed on what seemed to be a much better approach: a series of beatitudes.” 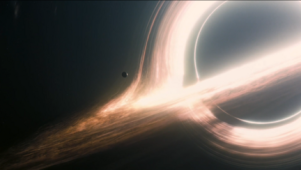 “Wrinkles in Spacetime: The Warped Astrophysics of Interstellar“ – Adam Rogers in Wired: “Kip Thorne looks into the black hole he helped create and thinks, ‘Why, of course. That’s what it would do.’ This particular black hole is a simulation of unprecedented accuracy. It appears to spin at nearly the speed of light, dragging bits of the universe along with it. (That’s gravity for you; relativity is superweird.) In theory it was once a star, but instead of fading or exploding, it collapsed like a failed soufflé into a tiny point of inescapable singularity. A glowing ring orbiting the spheroidal maelstrom seems to curve over the top and below the bottom simultaneously.”