“Cultural Infusion” – Caroline Stowell in The Other Journal: “One Sunday morning at my Evangelical Covenant church, the tech team projects a video interview with an Iranian woman who came to Boston for an education and ended up finding Jesus. She encourages us to reach out to those around us, because you never know when someone might be ready to hear about this hope she now has in Christ. I have tears in my eyes by the end as I think of Zahra. Zahra and I met this spring at a Cambridge community playgroup I attend with my twin three-year-old boys, Kyle and Tasman. She’s here from Iran with her two young boys while her husband studies at Harvard. One day, at a playgroup shortly after I watched the video at church, Zahra asks me what else I do with my kids during the week. I tell her about the library story time and the boys’ dance class. Then I tell her about church and the moms group I attend there on Wednesdays.  ‘Church?’ Zahra chirps at me like a startled bird. ‘Mm hmm.’ ‘Are you a Christian?’ ‘Yes,’ I say. She smiles and nods.’You are Muslim?’ I ask, trying not to gesture to the hijab that outlines the olive skin of her face. ‘Muslim? Yes,’ she says.”

“The Bible Made Strange: Sarah Ruden’s Four New Gospels” – Scot McKnight at Marginalia: “People think they know how a specific verse should sound. Such opinions flow freely from those who have never learned a word of the original languages. Our Bibles are so Englishy sounding, most readers think their preferred translation is the translation. Add to this that committees authorize our most common translations: the New Revised Standard, the English Standard Version, the New International Version (2011), and the Common English Bible. Authorized translations are publicized and marketed and then used in churches where they acquire sacred standing. Churlish such accusations may be, but each of these translations represents a particular tribe of Christians, and it takes no hard thinking to recognize the tribe behind each. As a sometimes preacher I learned long ago to ask which translation a church uses and go with it, for anything else leads to not-so-gentle questions about one’s orthodoxy. The only translations transcending tribalism are done by individuals, despite the obvious shortcomings of one person translating the whole Bible (Eugene Peterson’s The Message) or separate testaments.”

“Best physical evidence of Roman crucifixion found in Cambridgeshire” – Jamie Grierson in The Guardian: “Found at the site of a future housing development in Cambridgeshire, the near 1,900-year-old skeleton at first did not seem particularly remarkable. Aged 25 to 35 at the time of death, the man had been buried with his arms across his chest in a grave with a wooden structure, possibly a bier, at one of five cemeteries around a newly discovered Roman settlement at Fenstanton, between Roman Cambridge and Godmanchester. But once his remains were removed to a laboratory in Bedford, a grisly discovery was made – a nail through the heel bone that experts now say is the best physical evidence of a crucifixion in the Roman world.”

“How Archaeologists Are Finding the Signatures of Bible Kings, Ancient Villains, and Maybe a Prophet”– Gordon Govier at Christianity Today: “The closest I’ve ever felt to the prophet Jeremiah was sitting at the bottom of an empty cistern. About 20 years ago, I was taken to an excavated water reservoir in Jerusalem and told this could be the actual hole in Jeremiah 38:6 where the prophet was left to starve when four government officials decided they didn’t like his messages from God. I sat on a bench and looked up at the stone walls. Jeremiah sank into the mud, according to the biblical account. But maybe it wasn’t at that spot. Who’s to say it was this cistern, which was dug up in 1998, and not another one that has yet to be found? Or perhaps it will never be found. I could imagine the prophet trapped in that exact place, wondering if God would rescue him, but short of finding ‘Jeremiah’ scratched on the wall, no one could say for sure. In the time since I was there, questions have been raised about that cistern, casting doubt on its role in the Jeremiah drama. It’s not a place people visit these days. Archaeology can take you so close to the biblical world and still leave you wishing someone had left a signature.” 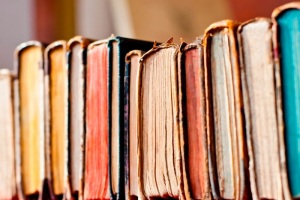 “A Year of Reading: 2021” – John Wilson in First Things: “I don’t know about you, but my sense of time has been altered—to some extent “thrown off”—by the still-unfolding pandemic. But here we are, approaching the end of another year, and according to the prescribed ritual I entered into a mildly trancelike state to think about books from 2021 that stand out. As usual, I hasten to add that if the list were made on another day, it would be at least slightly different from this one. At any given moment, even when I am not under the spell, books are jostling around in my head. I am particularly looking forward to Toya Wolfe’s novel Last Summer on State Street, coming from William Morrow in June. Just around the corner, I expect to see On the Theory of Prose, a new translation (by Shushan Avagyan) of Viktor Shklovsky’s classic (Dalkey Archive). Then there’s Adam Roberts’s new novel, coming in February in the U.K. (can it really be titled The This, purportedly with reference to Hegel?). But I mustn’t keep going down this path. There are so many books to look forward to, not to mention many more that will take me by surprise. But on with the list. As usual, the titles are (mostly) in alphabetical order; the logic of departures from that rule will be clear. The Books of the Year will come at the end.”

“A Requiem for the Disappearing Christians of Iraq, Syria, Egypt, and Gaza” – Tim Dowley in Christianity Today: “‘Islamic fundamentalist groups, in particular ISIS, have ravaged parts of Iraq and Syria and brought those countries’ already decimated Christian population to the verge of extinction. In Egypt, Christian Copts face legal and societal discrimination. In Gaza, which in the fourth century was entirely Christian, fewer than one thousand Christians remain.’ Sobering statistics like these set a grim backdrop for The Vanishing, war journalist Janine di Giovanni’s fearless account of what the book’s subtitle calls ‘Faith, Loss, and the Twilight of Christianity in the Land of the Prophets.’ There can be few better suited or equipped to tell this story than di Giovanni, who has previously reported on the genocides in Bosnia, Rwanda, and Syria and is a senior fellow at Yale University’s Jackson Institute for Global Affairs. The Vanishing is neither a chronological record of Christian withdrawal nor a geopolitical analysis of religious trends. Instead, di Giovanni offers a kind of requiem for a disappearing religious culture, a tale rendered all the more heart-wrenching for having been written during some of the worst months of the COVID-19 crisis.”