“Holy Week: Practicing the Most Sacred Rhythm of All” – Ruth Haley Barton at Beyond Words, the blog for The Transforming Center: ““Nothing that has not died will be resurrected.” C.S. Lewis.   I remember leading a retreat for pastors some years ago in which we talked about that place in the spiritual journey (variously called the Dark Night, the wilderness, the movement from the false self to the true self) in which there is a very profound kind of death and dying that must take place in order for something truer to emerge. We talked about the fact that it is a time when even those who have been faithful to the spiritual journey may experience loss and disillusionment, when we are humbled, confused and even begin to question those things that we used to be so sure of. It feels like dying because in some sense it is. We are dying to what is false within us—surrendering that which is passing and needs to pass—in order to be more completely given over to God. After that teaching, I walked to lunch with several young men who were in their late twenties/early thirties. They were elders at a hip and happenin’ church that was growing and developing in good ways and they had a question. I don’t remember the exact words now but it was something like this, ‘Does everyone have to go through this kind of death and dying? How can we do ministry in such a way that we don’t have to pass through such a dark night? And if we can’t, is there any way we can speed up the process so we can get it behind us?’ What they were really asking was, Isn’t there any way we can be good enough so we don’t have to die?”

“Go Tell It on the Mountain: Black spirituals aren’t just for Black churches. They should be sung by everyone”  – Stephen Michael Newby in Plough Quarterly: “It’s Christmas Eve 2021, and here I am, a descendant of enslaved Africans, leading my predominantly White Presbyterian congregation in Atlanta, Georgia, in singing the Black spiritual ‘Go Tell It on the Mountain.’ The song is not being presented to the congregation as a performance concert piece. Instead, I’ve prepared an arrangement that allows it to be what it was always meant to be: a relational, transformative, communal act of worship that joins us together. My great-grandfather six generations removed, Michael, who was enslaved less than a hundred miles from here in Jones County, Georgia, would never have imagined such a picture. I am deeply moved and thankful for this moment in time and how far we have come. Three years before I arrived at this church, I visited the Jones County archives to research my ancestry. I found the graves of the Newby family, the White landowners in the area. I stood in front of a Newby tombstone, fists clenched and heart grieved, imagining all that my ancestors had suffered at this man’s hands. The sun was shining brightly. Even the mosquitoes were quiet. At that moment God spoke into my heart and said, ‘Be reconciled.’ I had already spent three decades trying to bridge divides by bringing different genres of music into conversation. But now this call to live out reconciliation with others would lead me to share my people’s music with predominantly White congregations throughout the United States and particularly here in the South. Whatever our personal histories, I can think of no better way to express our shared longing for liberation from the bonds of racism than the spirituals.”

“In pictures: The Ukrainian religious sites ruined by fighting” – Jack Hunter at BBC News: “Ukraine has accused Russia of damaging or destroying at least 59 religious sites across the country since its invasion began. They include an Orthodox cathedral with its steeple ripped apart, a Jewish school struck by shelling, and parish churches left almost totally flattened. Targeting historic monuments and cultural heritage sites is a war crime under international law, according to the Hague Convention. Russia denies targeting civilian infrastructure, but the BBC has identified a number of religious sites that have suffered damage. St Michael’s Cathedral was described by Mariupol’s tourist office as ‘the most beautiful place’ in the city’s Left Bank district. Offering ‘panoramic views of the Sea of ​​Azov, green hills and coastal villages,’ the cathedral – opened in 1997 – attracted both worshippers and visitors alike, it said. But after weeks of relentless Russian bombardment on the southern port city, the Orthodox cathedral’s crowning dome is now a mangled heap of exposed steel and smashed brickwork.” 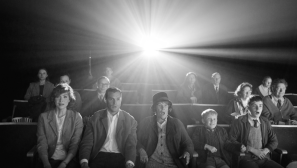 “The Best Movies of 2021” – Brett McCracken at The Gospel Coalition: “Twenty years ago this month, Peter Jackson’s The Lord of the Rings: The Fellowship of the Ring released in theaters. I was a freshman at Wheaton College and went to see it with a group of dorm friends. It was a magical, memorable movie-going experience; awesomely cinematic and transportive. In retrospect, I wonder if that trilogy was the last great ‘big’ cinematic event. With the exception of Christopher Nolan’s films and Terrence Malick’s The Tree of Life, few movie-going experiences have matched the awe I experienced watching Lord of the Rings. Will we ever have movies like that again? Movie-watching is changing. The screens are smaller, the experience less communal. For all but the biggest-tentpole superhero movies, most people seem to prefer watching movies from the convenience of home. How will the evolving economics of Hollywood change the nature of the films produced? Time will tell. In the meantime, interesting and soul-enriching films are still being made. On that note, the following is my list of the best films of 2021.”

“Earliest mosaic in Israel dedicated to Jesus may soon be sprung from prison” – Amanda Borschel-Dan in The Times of Israel: “Plans are underway to move Megiddo prison in order to excavate the Israeli church with the earliest mosaic dedicated to Jesus. In 2004, a Greek inscription ‘to the God Jesus Christ’ was uncovered inside a 3rd-century structure during Israel Antiquities Authority salvage operations ahead of a proposed expansion of the prison in northern Israel. On Thursday, Israel Prisons Service, Megiddo Regional Council and Israel Antiquities Authority personnel toured the Megiddo Prison in preparation for the prison’s evacuation ahead of renewed excavations at this important early Christian site, according to the IAA’s Hebrew Facebook page. The new excavations may commence in June, according to the post. In 2004-2008, Dr. Yotam Tepper headed excavations at the prison ahead of the proposed expansion. Now, in light of the significant archaeological finds, discussions are well underway to relocate the entire prison complex, re-expose the mosaics underneath and build a tourist site. ‘This structure is interpreted as the oldest Christian prayer house in the world… and in fact, it tells the story of Christianity even before it became official.'”

“C.S. Lewis Was a Modern Man Who Breathed Medieval Air” – Louis Markos in Christianity Today: “In the prologue to The Lord of the Rings, J. R. R. Tolkien tells us two things about his beloved hobbits that identify them as medieval in their thinking and their behavior. First, their relationship to technology is distinctively premodern: ‘They love peace and quiet and good tilled earth: a well-ordered and well-farmed countryside was their favourite haunt. They do not and did not understand or like machines more complicated than a forge-bellows, a water-mill, or a hand-loom, though they were skillful with tools.’ Second, their taste in books runs toward old masters like Dante, Chaucer, and Thomas Aquinas; they would not have enjoyed or understood the radical originality of novels by modern writers like James Joyce, Samuel Beckett, Marcel Proust, or Virginia Woolf. Indeed, ‘they liked to have books filled with things that they already knew, set out fair and square with no contradictions.’…Like his friend Tolkien, C. S. Lewis was a man who loved all things medieval and who infused all that he wrote with a premodern ethos that hearkened back to an older, more traditional understanding of technology, books, wisdom, and morality.”