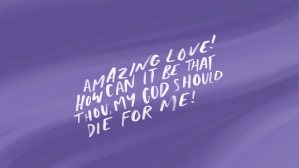 “Holy Week Playlist: Songs to Survey the Wondrous Cross” – Kelli Trujillo compiles a playlist with contributions from various people at Christianity Today: “Our special issue The Wondrous Cross reflects on eight pieces of music that help us enter into the meaning of Jesus’ sacrifice. In addition to those songs, we’ve asked several Christian leaders—as well as some members of CT’s staff—to share their favorite pieces of music for contemplating the Cross and celebrating the Resurrection. You can listen to all of these songs on our Spotify playlist.” 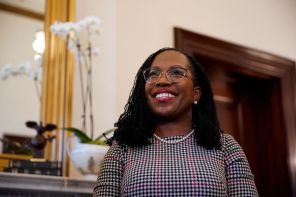 “Ketanji Brown Jackson First Black Woman Confirmed to Supreme Court“ – Lawrence Hurley, Andrew Chung, Andrew Cowan in Sojourners: “Ketanji Brown Jackson was confirmed by the Senate on Thursday as the first Black woman to serve on the Supreme Court in a milestone for the United States and a victory for President Joe Biden, who made good on a campaign promise as he seeks to infuse the federal judiciary with a broader range of backgrounds. The vote to confirm the 51-year-old federal appellate judge to a lifetime job on the nation’s top judicial body was 53-47, with three Republicans – Susan Collins, Lisa Murkowski and Mitt Romney – joining Biden’s fellow Democrats. A simple majority was needed, as Jackson overcame Republican opposition in a Supreme Court confirmation process that remains fiercely partisan. Jackson will take the 83-year-old Breyer’s place on the liberal bloc of a court with an increasingly assertive 6-3 conservative majority. Breyer is due to serve until the court’s current term ends – usually in late June – and Jackson would be formally sworn in after that. Jackson served early in her career as a Supreme Court clerk for Breyer.”

“Recovering Piety: The old-fashioned virtue might help renew our institutions, especially the church” – Alan Jacobs in Comment: “Sir Thomas Browne offered a warning in the seventeenth century: ‘Every man is not a proper champion for truth, nor fit to take up the gauntlet in the cause of verity. Many from the ignorance of these maxims, and an inconsiderate zeal unto truth, have too rashly charged the troops of error, and remain as trophies unto the enemies of truth. A man may be in as just possession of truth as of a city, and yet be forced to surrender: ’tis therefore far better to enjoy her with peace, then to hazard her on a battle.’ Some of my philosophical friends are horrified by Browne’s argument and remind me of St. Peter’s exhortation: ‘Always [be] prepared to make a defence to anyone who asks you for a reason for the hope that is in you’ (1 Peter 3:15). But I would reply by noting two things: there is more than one kind of preparation, and there is more than one kind of defence. All too often Christians think of preparation for ‘making a defence’ as a matter of gathering information and training themselves in dialectical agility: anticipating arguments and coming up with clever responses to them. But the example of Joseph Knecht suggests that prayer—and contemplative prayer even more than the petitionary variety—is at least as important a mode of preparation. Indeed, I would claim that it’s more important, because in my experience it’s far less common for debating Christians to be uninformed than it is for them to be angry, truculent, and uncharitable—and to the degree that they are, they reflect a lack of preparation, a lack of piety.”

“Language is hard: Are you sure they mean what you think they mean?” – Karen Swallow Prior at One Eye Squinted: “In 1712, Jonathan Swift, the Anglican clergyman most famous for his brilliant satire, published ‘A Proposal for Correcting, Improving and Ascertaining the English Tongue.’ Complaining that the English language was subject to ‘daily corruptions’ and continuous ‘abuses and absurdities,’ Swift offered a plan (perhaps facetiously) for ‘fixing our Language for ever.’ Although it would be impossible to establish a perfect English, Swift admitted, ‘I am of Opinion,’ he wrote, ‘that it is better a Language should not be wholly perfect, than that it should be perpetually changing.’ Obviously, Swift’s proposal was never implemented. Hundreds of words are added to English dictionaries every year, arising from new technologies, phenomena and trends. The number of words in English has long surpassed 1 million. Not only are new words constantly added to the language, but old words can take on new meanings, too (as anyone who’s read a quaint 19th century novel knows, for they are full of words and phrases that have less innocent meanings today). Two camps shape the field of linguistics: prescriptivism and descriptivism. A prescriptivist approach sets out the rules of grammar and usage and is concerned with how language and words should be used. A descriptivist approach, in contrast, attempts to assess and describe how language is being used. Because I teach English, I am by necessity a prescriptivist first, a descriptivist only reluctantly. It’s hard to be a prescriptivist in descriptivist world.”

“Sacred Space, Desecration, and Reconciliation: A Story and Some Theses”  – Brian J. Walsh in The Other Journal: “‘Brian, Shahla would like to see where we pray.’ The request wasn’t totally out of the blue. Shahla had been moved to tears a week earlier upon hearing from her friend Janice that our little group of Christians at the University of Toronto had been praying for her. An Iranian woman who had escaped the violent repression of the Islamic Revolution, Shahla had, like so many Iranian émigrés, abandoned religion. Prayer was a tool of oppression and violence in Iran, and she had found a place of safety in a decidedly secular vision of life. Nevertheless, she arrived on campus that day, and we walked down the long hallway to the chapel where the Wine Before Breakfast community gathered to worship every Tuesday morning. We looked around the space, and she noted how beautiful it was. After a few minutes, I could tell that she was ready to move on. But before Shahla and Janice left, I asked if they would come down to the chaplain’s office for a moment. I had something to give to Janice. The time in the office was also short, and the two women went on their way. An hour after they had left, Janice called. ‘Brian,’ she said, ‘This is pretty amazing. When Shahla and I left the office, she immediately told me of a dream that she had. Shahla takes dreams very seriously and often calls her sister in Iran to help her interpret them.'” 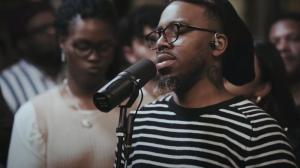 “‘All the Glory to Jesus’: Maverick City to Make History in Performance at 64th Annual Grammy Awards” – Talia Wise at CBN News: “Maverick City Music will make history at the 64th annual Grammy Awards becoming the first Christian group to perform on the grand stage in 20 years. ‘All the glory and praise goes to Jesus,’ read the group’s Instagram post. The five-time Grammy-nominated group will be the first Christian or Gospel artist to be televised during the ceremony in over 20 years as well as the first time an artist has been nominated in all four categories across the two genres. ‘Blessed is an understatement for how we feel about all #Jireh is doing in this moment – we’re making history,’ they said of their upcoming Grammy performance. ‘We truly feel that we have been placed here for such a time as this and are excited to continue to share this journey with you all!'”

Music: Fernando Jesus, “Stricken, Smitten and Afflicted” from The Crucifixion of Jesus