“Frederick Buechner, popular Christian ‘writer’s writer’ and ‘minister’s minister,’ dies at 96” – Emily McFarlan Miller in Religion News Service: “Frederick Buechner was asked on numerous occasions how he would sum up everything he had preached and written in both his fiction and nonfiction. The answer, he said, was simply this: ‘Listen to your life.’ That theme was constant across more than six decades in his career as a ‘writer’s writer‘ and ‘minister’s minister’ — an ordained evangelist in the Presbyterian Church (USA) who inspired Christians across conservative and progressive divides with his books and sermons. Buechner died peacefully in his sleep on Monday (Aug. 15) at age 96, according to his family….Buechner graduated with a bachelor’s of divinity — he’d later receive nine honorary degrees — and was ordained as an evangelist in 1958 at the same church where he had been so moved by [George] Buttrick’s words. That same year, he launched the religion department at Phillips Exeter Academy in New Hampshire, where he taught for nine years before moving with his family to their farmhouse in Vermont. He later was awarded lectureships at Harvard and Yale universities and held teaching positions at Tufts University, Calvin College and Wheaton College.”

“Good Grief: Reflections on a dreaded emotion” – Joseph Epstein in Commentary: “Fortunate is the person who has reached the age of 50 without having had to grieve. To be among the grieving, the bereaved, is an experience most of us go through, excepting only those who die preternaturally young and are themselves the cause of bereavement. The death of a parent, a husband or wife, a brother or sister, a dear friend, in some ways saddest of all, a child, is among the major causes of grief. May grief be avoided? Ought it to be? Is there any sense in which, as Charlie Brown’s favorite phrase had it, there is good grief? Socrates held that one of the key missions of philosophy was to ward off our fear of death. Upon his own death, by self-imposed hemlock, he claimed to be looking forward at long last to discovering whether there was an afterlife. Montaigne wrote an essay called ‘To Philosophize Is to Learn How to Die,’ in which, as elsewhere in his essays, he argues that, far from putting death out of mind, we should keep it foremost in our minds, the knowledge of our inevitably forthcoming death goading us on the better to live our lives. But no one has told us how to deal with the deaths of those we love or found important to our own lives. Or at least no one has done so convincingly. The best-known attempt has been that of Elisabeth Kübler-Ross, a Swiss psychiatrist, in her 1969 book On Death and Dying and in her later book, written with David Kessler, On Grief and Grieving (2005). Kübler-Ross set out a five-stage model for grief: denial, anger, bargaining, depression, acceptance. Yet in my own experience of grieving, I went through none of these stages, which leads me to believe there is more to it than is dreamt of in any psychology yet devised.”

“The Christian Case for Reading Black Classics” – Patricia Raybon interviews Claude Atcho in Christianity Today: “Claude Atcho was shopping at Target when a display of James Baldwin books got him thinking: Who would read them? Or get lost trying? At that moment, Atcho—a Charlottesville, Virginia, pastor who had taught African American literature at the collegiate level—was inspired to write a guide for Christians on reading and discussing Black classics (like Baldwin’s Go Tell It on the Mountain). The result, Reading Black Books: How African American Literature Can Make Our Faith More Whole and Just, applies a literary and theological lens to these classics. Journalist and mystery novelist Patricia Raybon spoke to Atcho about his invitation to readers.

What is a Black book? How do you define it?

For me, it’s those classic, canonical texts that look at African American experience, hope, and concern but also—as literature—have stood the test of time. It’s not just about having an interesting plot; these books take up significant themes and ask important questions about human experience universally, but Black experience in particular.” 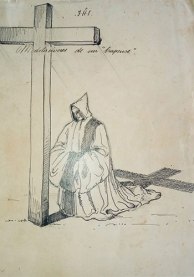 “Learning to Wait on the Lord” – Sr. María Gonzalo-García in Plough: “Who likes to wait? Honestly, waiting is not something I’m good at. This is why I need the school of community, which for me is Our Lady of the Angels Monastery, a community of Trappist-Cistercian nuns in Virginia. When the Lord delays – as happened to Martha and Mary of Bethany when their brother was dying (John 11:6) – and I’m stretched by desire, I become more aware that I’m a disciple, a servant and not the master of my life or the lives of those I love. Rafael Arnaiz, the most recently canonized saint of the Trappist-Cistercian Order, has shown me that only those who hope know how to wait. But what happens when hope is scarce? Simply put, we suffer. Such was also Rafael’s experience, the practical way in which he learned how to wait and to accept God’s plan for his life. Like many other saints, Rafael would have passed unnoticed after his brief lifetime if he had not left behind a significant number of journals and letters that rapidly caught the attention of many readers. Rafael synthesizes the knowledge he received during his monastic journey in these words, ‘Our entire science consists of knowing how to wait.’ In my personal experience and also as vocation director of my community, making the effort to stop and take time to pray and discern is now harder than ever. Everyone seems to move so fast around us that it’s easy to feel pressed to move on, even if this means ignoring a profound ache in our hearts. Rafael waited because he knew that nothing but God alone could satisfy his deepest desire. 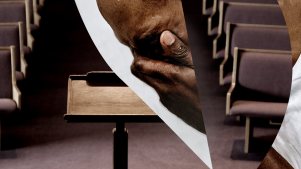 “Moral Failings in the Pulpit Lead to Moral Injury in the Pews” – Laura Howard in Christianity Today: “I first encountered the concept of moral injury during my MDiv program at the University of Chicago in an anthropology class called Humans After Violence. The MDiv program required each of us to intern at a site of our choosing for the middle year of the program, and I’d opted to work with the clergy at my church. Earlier that year, our church had discovered reports of our priest’s abuse of power, and he was removed from leadership. Initially, my school supervisors worried it might be a bad idea for me to work at a church where so many of us still felt betrayed and uncertain. But I wanted to conduct my internship at a church that was asking questions about how to do community and how to steward power well—rather than at a church that could gloss over these conversations simply because they were functioning better. Halfway through the internship, I signed up for the class hoping it would help me understand what our community was experiencing. The professor told us she aimed to explore ‘where violence leaves us—or rather, how violence doesn’t leave us.’ Through examining various case studies, I learned that trauma is not necessarily about the way someone is hurt but about how they carry their hurt. I also discovered that the concept of PTSD was developed by mental health professionals who worked with Vietnam veterans.”

Music: U2, “Love is Blindness,” from Achtung Baby!