“Internal report finds that L’Arche founder Jean Vanier engaged in decades of sexual misconduct” – This was one of the most devastating headlines of the past week. If you are not familiar with Jean Vanier and L’Arche, I am sad that this would be your introduction. L’Arche has been a strong force in dignifying those with intellectual disabilities, helping others to see their gifts and creating environments where the disabled and non-disabled form communities together. Vanier has been an inspiration to many and influential through his speaking and writing, such as his book Becoming Human. Henri Nouwen famously left his teaching positions at Harvard and Yale to join a L’Arche community, which he references in Adam: God’s Beloved and In the Name of Jesus. How do we come to terms with those we respect who have fallen? I recommend Marlena Proper Graves’ article “Don’t Let Jean Vanier (or Other Heroes) Off the Hook” as a way to reflect further on this.

“Chinese American Churches on the Frontlines of Coronavirus Vigilance” – “There has been no sustained community transmission of the coronavirus in the United States so far, and many Chinese churches such as Raleigh Chinese Christian Church (RCCC) are doing their best to keep it that way.  Taped to the entrance of the church’s glass doors is a yellow notice with the word ‘ATTENTION’ in capital letters. It warns parents not to bring their children to church if they’ve traveled to Asia in the past 14 days. Churches such as RCCC—a nondenominational congregation with services in Mandarin, Cantonese, and English—have taken it upon themselves to self-quarantine, in keeping with Centers for Disease Control guidance.”

“Multiracial churches growing, but challenging for clergy of color” – Our church has participated in discussions about multi-ethnic ministry for years, but we know we have not figured out everything (if anything, we sometimes think). Helpful catalysts in our growth over the years have been contacts we have made through various groups, including Mosaix, a relational network of pastors, churches, organizations, and denominations founded by Mark DeYmaz and George Yancey. Here is an article summarizing some of the important trends and lessons-learned from the most recent Mosaix conference in Keller, Texas. 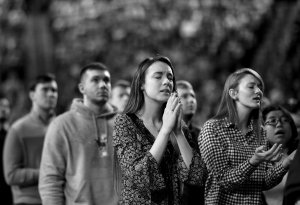 “How Do Christians Fit Into the Two-Party System? They Don’t” – As I prepare for an upcoming series at Eastbrook on faith and politics, here’s an opinion piece by Tim Keller in The New York Times that someone brought to my attention this past week. Although I had not read Keller’s article before, he speaks to one of the key approaches to Christian political engagement that I often emphasize: if we find that one political party or one political system seems to perfectly align with our understanding of Christian faith, then we probably have a misapprehension of either the political party/system or the Christian faith. The kingdom of God has yet to be perfectly represented by any particular political party or system, thus giving us space to critique all of them as we stay rooted as citizens of heaven (Philippians 3:20).

“This Arctic Explorer Was One Tent Pole Away from Death” – I don’t know what it is but these sort of stories grip me every time. Drawn from his memoir, The Impossible First, Colin O’Brady recounts here in Outside some parts of his ground-breaking solo journey across Antarctica. “Alone with his thoughts for nearly two months in the vastness of the frozen continent—gripped by fear and doubt—he reflected on his past, seeking courage and inspiration in the relationships and experiences that had shaped his life.” Themes of solitude, perseverance, failure, fear, consequences, and choices rise up again and again.

“Four Powerful Preaching Practices from Martin Luther King Jr.” – A few years ago, I listened through The Landmark Speeches and Sermons of Martin Luther King, Jr. From a historical perspective, I was fascinated by the development of themes and the earlier use of material that eventually became part of King’s famous “I Have a Dream” speech in Washington, DC. As a preacher, I learned a lot from King’s use of biblical texts and imagery, as well as his command of rhetorical devices. Here’s Lenny Luchetti at Preaching Today with an examination of preaching practices from King. “The preaching of Martin Luther King Jr. didn’t merely inspire a congregation, which would be no small task; it inspired a massive movement. It wouldn’t be a stretch to assert that King’s preaching was the primary, if not sole, initiator of social transformation in America through the Civil Rights Movement during the 1960s.”

“The Weekend Wanderer” is a weekly selection of news, stories, resources, and media on the intersection of faith and culture for you to explore through your weekend. Wander through these links however you like and in any order you like.

“Asia Bibi Finally Leaves Pakistan for Canada” – For those of you who follow cases related to religious freedom, the ongoing legal issues of Asia Bibi in Pakistan seem to have come to a close. “In Pakistan’s most-watched persecution case, Bibi spent more than eight years in prison on blasphemy charges and faced the death penalty. After she was exonerated last year, she could not live freely in her home country since she was at risk of attacks by rogue clerics calling for vigilante justice; more than 50 people charged with blasphemy have been murdered there. Bibi, now in her 50s, is a mother of five, and two of her daughters had already moved to Canada for asylum.” 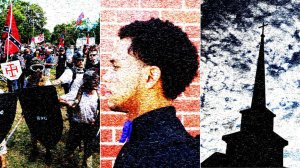 “Why white nationalism tempts white Christians” – Here is Jemar Tisby, once again cutting into one of the raging sores of contemporary evangelicalism in the racial and political spheres. “Troublesome though it may be, Christians must contend with these twin facts: White nationalism is on the rise, and white Christians are susceptible to this ideology….Too often Christian individuals and institutions act as if general statements condemning bigotry and saccharine assertions of racial and ethnic equality are sufficient to combat white nationalism. They are not. White nationalists engage in sustained and sophisticated recruiting and propaganda tactics to advance their agenda.”

“Jean Vanier: Founder of L’Arche dies aged 90” – “The son of a Canadian diplomat, Jean Vanier embarked upon a naval career that saw him serve during the World War Two. But in 1950 he resigned his commission saying that he wanted ‘to follow Jesus’. He studied theology and philosophy, completing his doctoral studies on happiness in the ethics of Aristotle. He became a teaching professor at St Michael’s College in Toronto. During the Christmas holidays of 1964, he visited a friend who was working as a chaplain for men with learning difficulties just outside Paris. Disturbed by conditions in which 80 men did nothing but walk around in circles, he bought a small house nearby and invited two men from the institution to join him. L’Arche – the Ark – was born.” More at the L’Arche website.

“Rachel Held Evans, Voice of the Wandering Evangelical, Dies at 37” – “Rachel Held Evans, a best-selling author who challenged conservative Christianity and gave voice to a generation of wandering evangelicals wrestling with their faith, died on Saturday at a hospital in Nashville. She was 37. Her husband, Daniel Evans, said in a statement on her website that the cause was extensive brain swelling. During treatment for an infection last month, Ms. Evans began experiencing brain seizures and had been placed in a medically induced coma.”

“Died: Warren Wiersbe, Preachers’ Favorite Bible Commentator“ – “Bible teacher, pastor, and preacher Warren Wiersbe died Thursday at age 89, leaving an impressive legacy of teaching, preaching, and mentoring countless pastors. Through his lessons, broadcasted sermons, and over 150 books, he resourced the church to better read and explain the Bible. In a tribute, grandson Dan Jacobsen recalled how pastors often tell him, ‘There’s not a passage in the Bible I haven’t first looked up what Wiersbe has said on the topic.'”

“18 Paintings Christians Should See” – Brett McCracken assembles an all-star group of Christian artists, art appreciators, art professors, and art curators to recommend visual art that Christians should be familiar with. This article, and its companion pieces, reminds me of a book I enjoyed reading this past summer, Terry Glaspey’s 75 Masterpieces Every Christian Should Know: The Fascinating Stories behind Great Works of Art, Literature, Music, and Film. 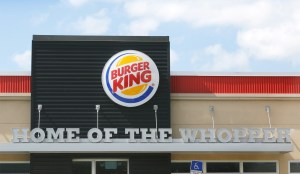 “The Banality of the F-Bomb” – At The National Review, Heather Wilhelm addresses cultural change through the lens of the F-Bomb. “Today, as [Larry] King himself has noted, the F-bomb — once known as the ultimate forbidden verbal lightning bolt, the Utterance That Must Not Be Named, or at least the word of last resort to use when you’re really hopelessly mad — might as well be growing out of random cracks in the sidewalk. In 2019, the F-word is a throwaway. It is a sneeze. It is as common as dandelion fluff.”

“Reveling in Hope” – Wesley Hill writes about the power of Johann Sebastian Bach’s Mass in B Minor. “For part of my sabbatical this year, I spent a few weeks in England, and when I saw that the New Cambridge Singers and the Cambridge Baroque Camerata would be performing Bach’s last triumphant masterwork in the vast, dim, Oxford Movement-inspired chapel at St. John’s College, I knew I would not miss it. Much as I have loved listening to John Eliot Gardiner and the late Sir Georg Solti’s recordings over the years — solemnly authentic and brightly fleet, respectively — hearing this music performed live in a space where I had knelt for Evensong on previous days was a privilege not to be forgotten.”