Listen to me, you islands;
hear this, you distant nations:
Before I was born the Lord called me;
from my mother’s womb he has spoken my name. (Isaiah 49:1)

Isaiah the prophet was raised up for a purpose: to speak the words of God and to glorify God before all the nations. But this passage is not about Isaiah, but about Israel. Israel was called from the womb by God as the infant Jacob, renamed Israel after wrestling with God. Israel was also a a people set apart since the calling of Abraham to be birthed into the world for the blessing of the nations. This people would strive with God and glorify God before all people. Ultimately, however, this people would falter in their calling.

Yet out of the womb of Israel would come the true Servant of the Lord, “one who is to be the ruler in Israel, whose coming forth is from of old” (Micah 5:2). “And the Spirit of the Lord shall rest upon him…and his delight shall be in the fear of the Lord” (Isaiah 11:2, 3). This One, set aside by God from the womb of Abraham and Sarah, from the womb of Jacob and Rachel, from the womb of the Virgin Mary, will come to bring good news of God’s kingdom, manifest the power of God, and bring blessing to the nations. He is a prophet like Isaiah, but more than a prophet. He is God’s servant but faithfully, even to the end. He is a son of David, but also the One before whom very knee will bow and every tongue will confess that He is Lord. He is the Word made flesh and Immanuel. He is Jesus the Messiah, and we worship Him.

For to us a child is born,
to us a son is given,
and the government will be on his shoulders.
And he will be called
Wonderful Counselor, Mighty God,
Everlasting Father, Prince of Peace.
Of the greatness of his government and peace
there will be no end.
He will reign on David’s throne
and over his kingdom,
establishing and upholding it
with justice and righteousness
from that time on and forever.
The zeal of the Lord Almighty
will accomplish this. (Isaiah 9:6-7)

I came across this eye-catching word from John Oswalt while studying for an upcoming message from Isaiah 9:6-7:

How will God deliver from arrogance, war, oppression, and coercion? By being more arrogant, more warlike, more oppressive, and more coercive? Surely, the book of Isaiah indicates frequently that God was powerful enough to destroy his enemies in an instant, yet again and again, when the prophet comes to the heart of the means of deliverance, a childlike face peers out at us. God is strong enough to overcome his enemies by becoming vulnerable, transparent, and humble—the only hope, in fact, for turning enmity into friendship.

This past weekend at Eastbrook Church we began a new series, “The Kingdom of God.” This first weekend I explored the theme of the kingdom of God through the Old Testament, touching on the creation in Genesis, Abraham’s calling, the Exodus with Moses and Joshua, the entrance of the kings, exile, and two prophets, Isaiah and Daniel. It was a lot in a short time, but was my attempt to help us gain clarity on the big themes of God’s kingdom in the Hebrew Scriptures. Next week we will take a similar journey through the New Testament.

You can view the message video and outline for the message is below. You can follow along with the entire series here and the devotional that accompanies the series here. You could always join us for weekend worship in-person or remotely via Eastbrook at Home.

God is King and His people play a part (Genesis, Exodus, Joshua)

God is King and His kingdom is coming (Isaiah)

God is King and no other kingdom will endure (Daniel)

Key themes of the kingdom of God in the Old Testament 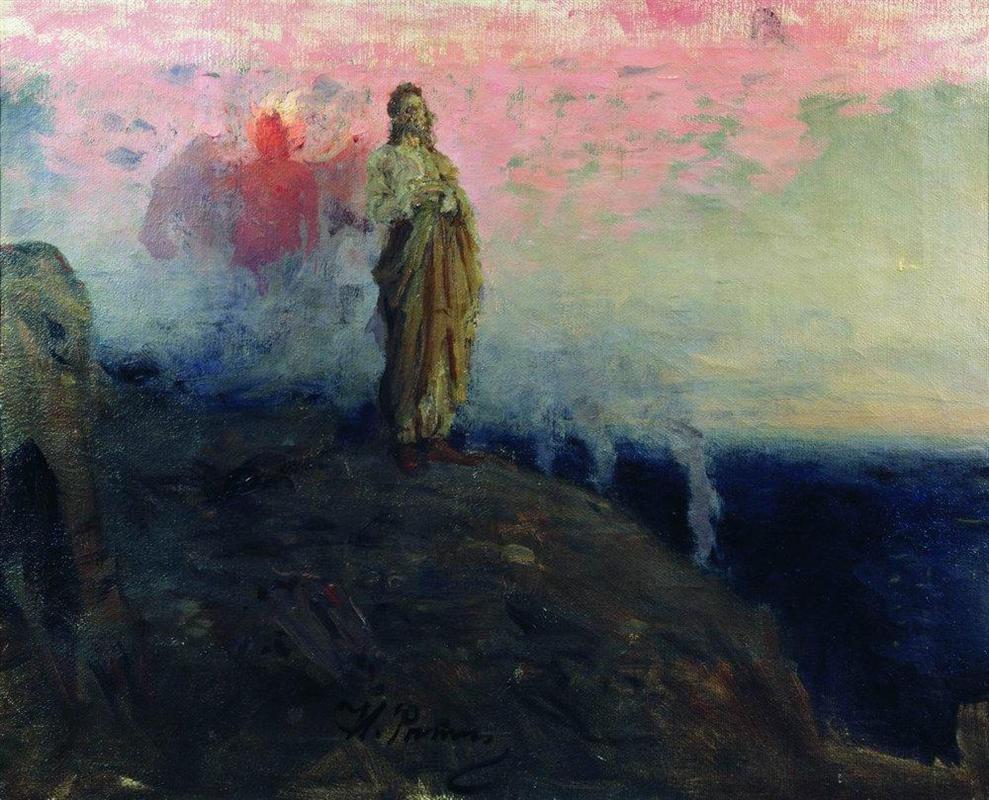 In his comments on Isaiah 9:2-4, Dr. John Oswalt makes this astute reflection on the wholistic mission of Christ that the church must keep ahold of in talking about salvation in Christ.

They [God’s people] rejoice because the Lord has freed them. It is not necessary to look for some specific liberation which Isaiah has in mind. It is apparent from the whole context that it is final deliverance which is in view. This is what God holds out to his people and that for which they justly pray and believe. Two extremes are to be avoided here. One extreme is to take the way that the Christian Church has often taken, saying that true bondage is to personal sin from which Christ frees us, and thus turning a blind eye on actual physical oppression. The other extreme is the way of certain forms of liberation theology that seem to suggest that the only sin is the sin of political oppression, and that Christ’s only purpose in coming was to give human beings political freedom.

Neither extreme is adequate in itself. To make God’s promises primarily political is to overlook the profound insight of the NT (and the OT) that the chief reason for the absence of šālôm (harmonious relationships) among human beings is the absence of šālôm between God and human beings through sin. Without šālôm between persons, freedom cannot long exist. But to act as if the forgiveness of sin and the consequent personal relationship are all that matters is to succumb to a Platonic distinction of existence into a “real” spiritual world and an “unreal” physical world, a distinction which is thoroughly unbiblical. The Messiah lifts the yoke of sin in order to lift the yoke of oppression. The Church forgets either yoke at its peril.

Back to top
Renovate
Blog at WordPress.com.
Loading Comments...