One of the pervasive themes in Hosea, chapters 1-3, is that God’s people have become like a promiscuous spouse through their idolatry. Like a harlot seeking after other lovers, God’s people turned to other gods, seeking good things in them as lovers, even though God is the source of every good thing they have.

This longing for other lovers shapes the way we worship, in particular what we are looking to find in the worship we offer. Worship that arises from a spiritually wayward heart, from the Baal worshiper, is self-focused and looks more to the satisfaction of our own desires than meeting with the Living God. To encounter the God of the Bible in worship means the displacement of ourselves and our desires from the center.  It means we let God be God, speak what He wants to speak, and shape us the way He wants to shape us. This theme echoes throughout Scripture, as Eugene Peterson points out in his book The Jesus Way in a chapter on Elijah and the encounter with the prophets of Baal at Mount Carmel in 1 Kings 18.

‘Harlotry’ is the stock prophetic criticism of the worship of the people who are assimilated to Baalistic forms (Jer. 3:1ff.; 5:7; 13:27; 23:10; 23:14; Ezek. 16 and 23; Hos. 1:2ff. and 4:12; Amos 2:7; Mic. 1:7). While the prophetic accusation of ‘harlotry’ has a literal reference to the sacred prostitution of the Baal cult, it is also a metaphor that extends its meaning into the entire theology of worship, worship that seeks fulfillment through self-expression, worship that accepts the needs and desires and passions of the worshiper as its baseline. ‘Harlotry’ is worship that says, ‘I will give you satisfaction. You want religious feelings? I will give them to you. You want your needs fulfilled? I’ll do it in the form most arousing to you.’ A divine will that sets itself in opposition to the sin-tastes and self-preoccupations of humanity is incomprehensible in Baalism and so is impatiently discarded. Baalism reduces worship to the spiritual stature of the worshiper. Its canons are that it should be interesting, relevant, and exciting – that I ‘get something out of it.’ 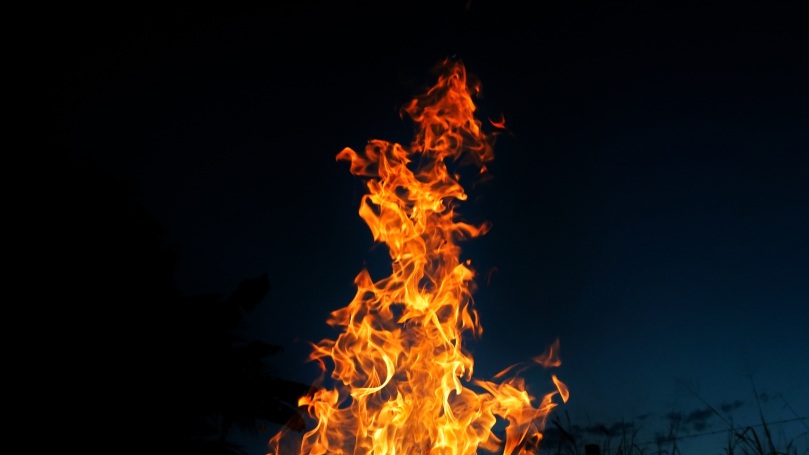 You, God, are my God,
earnestly I seek You;
I thirst for You,
my whole being longs for You
in a dry and parched land
where there is no water.
(Psalm 63:1)

This morning is my altar to You, my God.
I burn the sacrifices of my attention,
the first fruits of my time and my energy.
Receive praise from my offering, my God,
even as I choose to rejoice in You above all.

My appointments are my altar to You, my God.
I lay before You each and every conversation,
the planned and unplanned,
the upbeat and the negative,
that everything I do and say might be
an offering unto Your service as worship.

My inner life is my altar to You, my God.
May the inner place where no words are uttered
but inner dialogue remains,
where no actions occur
but from which all action flows –
may it be the place where Your glory descends –
beyond words and actions –
to set the offering of my self ablaze
with Your glory.

Advent is one of the times I remember most clearly from my early years. My parents would gather my older brother and I around the Advent wreath each night to light candles and sing hymns about the coming of Christ. That tradition is one we have continued in our own family, since the time our children were young until today.

When our children were younger, they couldn’t read the words of many hymns, so we always sang the first verse and chorus of “O Come, O Come, Emmanuel” together. They quickly caught on and, during their earlier years, made up their own hand motions to parts of the chorus. I don’t think they make the hand motions anymore, but we still sing that song regularly in the evenings of Advent as we light the candles before reading Scripture, a devotional, and praying together.

There is something powerful about singing our faith. We experience that when we sing with others in corporate worship, whether in formal worship services or informally with a few friends or family members. Singing engages our minds and our spirits in worship. We both consciously and subconsciously enter into the meaning of the songs with our whole being. This depth of engagement is enhanced when we return to the same songs again and again, year after year. That may be why we find tears in our eyes when we sing a song that brings back memories of dear friends or family members like “How Great Thou Art” or “It Is Well (With My Soul).”

I didn’t think of it this way when my children were younger, but I realize now that we have been singing our faith into our lives for years. Every Advent, we again gather in this simple ceremony of singing, candle-lighting, Scripture, and prayer. There is not much to it at one level, but there is much more happening beyond what we see. The fabric of faith – Jesus has Immanuel – is being woven into our lives one strand at a time. The symphony of God’s story is rising up and we are joining in with it one note at a time.

So, let’s sing our faith during this season of Advent. No matter whether it is “O Come, O Come, Emmanuel” or some other song, may we be caught up into the symphony of God’s good story with our voice and in our lives.

There are things in life that you need a healthy fear of: open flames, dangerous or abusive people, life-threatening diseases, identify theft, riding with your son or daughter behind the wheel when they have just received their temps. No, in all honesty, there are things that we would be foolish not to fear.

But what does it mean when we hear in the book of Proverbs that we are to fear the Lord?

Some people think that we are to wander around afraid of God all of our days. Some might say that we should live joyless, unhappy lives plagued by God’s arbitrary activity in the world – you never know what He might do with sinners like us. There is a sense of terror in some people’s view of God.

But that’s not what fear of the Lord means when we look at it in the Bible. Let’s read the two key verses that phrase appears, Proverbs 1:7 and Proverbs 9:10, which serve as book-ends around the first large section of the book of Proverbs.

“The fear of the Lord is the beginning of knowledge, but fools despise wisdom and instruction.” (Proverbs 1:7)

“The fear of the Lord is the beginning of wisdom, and knowledge of the Holy One is understanding.” (Proverbs 9:10)

In the Bible, the concept of the fear of the Lord holds in tension that we stand before a powerful God who also wants to relate with us.

This is the sort of God we are talking about when we approach the scriptures.

We should be humbled when we approach God. We should realize that we are very small. We should approach God with, as one Old Testament scholar writes, “knee-knocking awe.” God is truly the only awesome one. When we realize who we are dealing with in this way, then we are starting to get at what fear of the Lord means.

That’s what the Bible tells us. The Bible is the story of God reaching out to human beings, starting with Adam and Eve, and carrying on through characters like Noah, Abraham and Sarah, Jacob, Ruth, Nehemiah, Esther and more. This reaches its pinnacle in the awesome story of God becoming a man – the wonder of incarnation – when Jesus Christ walked our world, died, and rose again. Jesus is the supreme example of God’s outstretched hands to humanity.

That same all-powerful and tremendously creative God who should inspire knee-knocking awe in us, also wants to inspire intimate relationship with us. He wants us to have reverent trust with Him. And when we realize who we are dealing with in this way, then we are starting to get at what fear of the Lord means.

Knee-knocking awe before the only awesome God.

Reverent trust in relationship with a loving God.

True wisdom comes when we have an appropriate fear of the Lord.

This past weekend at Eastbrook, I stressed the importance of Christian worship being centered in the Trinity in my message “Worship in the Beauty of Holiness” in the concluding weekend of our series “Roots.” There are some things in our faith that I would consider secondary, but the Trinity is not one of them. The Trinitarian understanding of God – one God in three persons of Father, Son, and Holy Spirit – is at the core of our faith as Christians.

As Bruce Milne writes in his book, Know the Truth:

Just about everything that matters in Christianity hangs on the truth of God’s three-in-oneness.

Or, to hear from an ancient commentator, Origen writes:

The believer will not attain salvation if the Trinity is not complete.

In the midst of our contemporary worship that often emphasizes personal experience or musical styles, the theological content and shape of our worship must not be underemphasized.

Since I didn’t give as much time to fully addressing the Trinity as possible, and because I am limiting my preaching largely to references found within Acts, I wanted to post some additional resources here. The following two resources can be downloaded as PDFs below and are resources from when I taught the session on the Trinity in the Elmbrook Church New Members class: 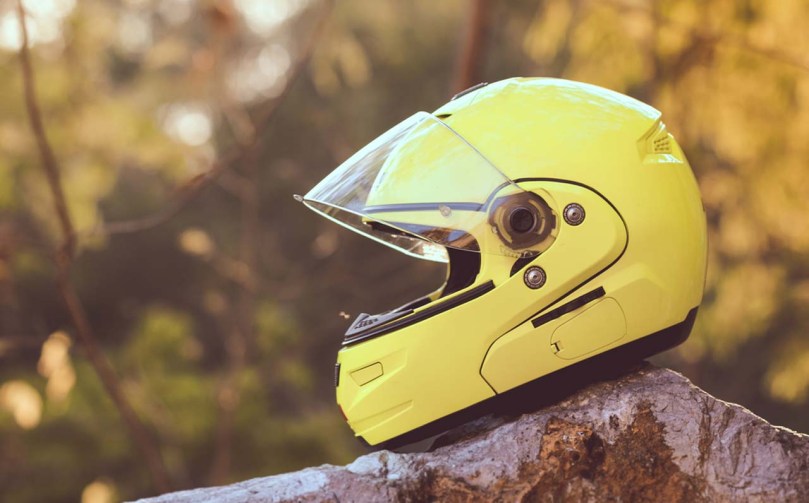 This past weekend at Eastbrook, I preached about worship in a message entitled “Worship in the Beauty of Holiness.” Whenever I think about worship, I always remember this striking quotation from Annie Dillard in her marvelous book, Teaching a Stone to Talk.

On the whole, I do not find Christians, outside of the catacombs, sufficiently sensible of conditions. Does anyone have the foggiest idea what sort of power we so blithely invoke? Or, as I suspect, does no one believe a word of it? The churches are children playing on the floor with their chemistry sets, mixing up a batch of TNT to kill a Sunday morning. It is madness to wear ladies’ straw hats and velvet hats to church; we should all be wearing crash helmets. Ushers should issue life preservers and signal flares; they should lash us to our pews.

This past weekend at at Eastbrook Church I concluded our series, “Roots,” on certain non-negotiable characteristics of the church, and Eastbrook Church in particular as we celebrate 40 years. This final weekend took us into an exploration of worship based in Psalm 96:9. I admit that I still love the way that the King James Version states it:

O worship the Lord in the beauty of holiness.

Rooted in this idea, I explored how worship is both a gathering and a lifestyle, how worship is rooted in the Triune God, and leads us into the extravagance of eternity around God’s throne. Some folks know that started out in ministry through music and worship ministry, so this is admittedly close to my areas of greatest passion and concern for the contemporary church.

You can watch my message from this past weekend and follow along with the message outline below. You can also engage with the entire series here or download the Eastbrook mobile app for even more opportunities for involvement.