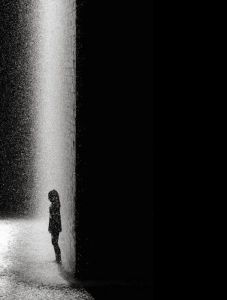 A friend shared this creative rewriting of the Apostles’ Creed from an immigrant perspective with me this week. Apparently it was originally written by Rev. Jose Luis Casal, the Director of Presbyterian World Mission and an immigrant to the USA from Cuba. It is thought-provoking.

I believe in Almighty God,
who guided the people in exile and in exodus,
the God of Joseph in Egypt and Daniel in Babylon,
the God of foreigners and immigrants.

I believe in Jesus Christ, a displaced Galilean,
who was born away from his people and his home, who fled
his country with his parents when his life was in danger.
When he returned to his own country
he suffered under the oppression of Pontius Pilate,
the servant of a foreign power.
Jesus was persecuted, beaten, tortured, and unjustly condemned to death.
But on the third day Jesus rose from the dead,
not as a scorned foreigner but to offer us citizenship in God’s kingdom.

I believe in the Holy Spirit,
the eternal immigrant from God’s kingdom among us,
who speaks all languages, lives in all countries,
and reunites all races.
I believe that the Church is the secure home
for foreigners and for all believers.
I believe that the communion of saints begins
when we embrace all God’s people in all their diversity.
I believe in forgiveness, which makes us all equal before God,
and in reconciliation, which heals our brokenness.

I believe that in the Resurrection
God will unite us as one people
in which all are distinct and all are alike at the same time.
I believe in life eternal, in which no one will be foreigner
but all will be citizens of the kingdom
where God reigns forever and ever. Amen.