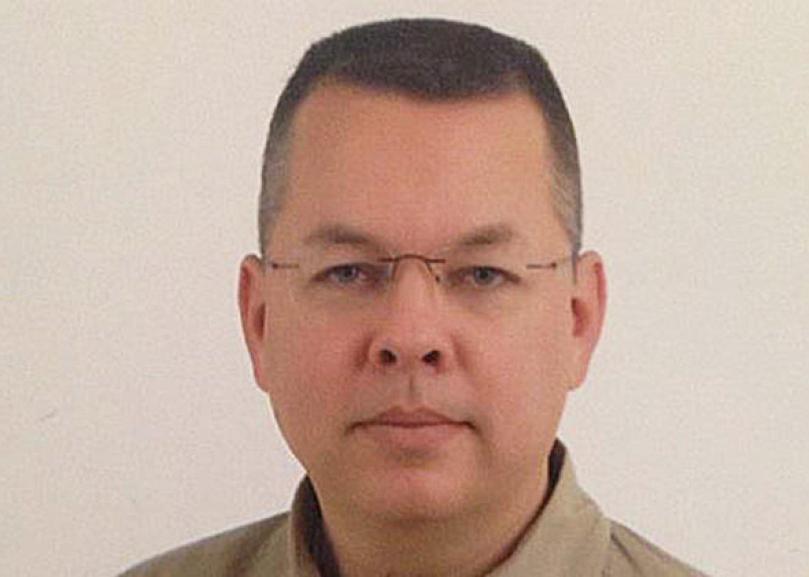 As a graduate of Wheaton College (IL), I received this email just moments ago related to Pastor Andrew Brunson, who is also an alumnus of the college. While this is a call to prayer for the Wheaton College campus and extended community, I encourage you to join in the spirit of this intercessory prayer wherever you may be.

As even mainstream news media have reported, Brunson is caught up as a pawn in the political machinations between the United States and Turkey. Even for those who are not Christians or religious at all, this should cause concern for religious freedom and tolerance in the public square. Sam Brownback, US ambassador-at-large for religious freedom, who is observing the trial, said: “The United States cares deeply about our relationship with Turkey. That relationship is going to have difficulty moving forward as long as Andrew Brunson is incarcerated.”

Earlier today Rev. Andrew Brunson ’88 began to stand trial in a Turkish courtroom. We invite all Wheaton College alumni to join our campus community in praying for his acquittal and immediate release. For more information, read the call to prayer below from the Office of the Chaplain.

TO: Campus Community
FROM: The Office of the Chaplain
RE: Prayers for Alumnus Andrew Brunson

As many of you know, we have been praying for the release of ’88 alumnus and Protestant Pastor, Andrew Brunson, from the time of his arrest in Izmir, Turkey on October 7, 2016 to the present. Imprisoned and held on false charges of terrorism, it is widely believed that Andrew is being used as a political pawn by the Turkish government to leverage the extradition of Turkish Muslim cleric Fethullah Gulen, who lives in Pennsylvania and is believed by Turkish President Tayyip Erdogan to be behind an attempted rebellion to overthrow the government in July of 2016.

Prior to his arrest, Pastor Brunson had peacefully lived and ministered in Turkey for 23 years.

Rev. Brunson has been scheduled to appear in court this Monday, April 16 at 9:00 am (1:00 am on Monday our time). If the charges against him are upheld — claiming he supported both the secessionist Kurdistan Workers’ Party (PKK) guerrilla movement, and the outlawed organization of Turkish cleric Fethullah Gulen, Pastor Brunson could be sentenced to 35 years in prison.

Please pray for God’s peace to enfold Andrew, his wife Norine and their children. Pray that Andrew will know the reality of God’s presence with him and His love for him, and be able to trust Him with his life and future. Pray for the Lord to give Andrew words to say before the Turkish lawyers and government officials who are trying to trap and condemn him. Pray for the Lord to oversee all that happens in the courtroom.

Most importantly, pray for the glory and renown of the Name of the Lord in the country of Turkey, once the seat of power of the Christian ruler Constantine. Pray, as in Daniel’s day, the power of the Lord will be revealed and the fear of the Lord would spread, overtaking the government rulers and officials who seek to dismiss and destroy His own. Pray that many in the country of Turkey and in the world will believe in the Lord as an outcome of Andrew’s imprisonment.

If you would like to join others in prayer, students have planned a prayer vigil in Gold Star Chapel in the Beamer Center throughout the day and night on Sunday, with plans to sing his hymn at 8:00 pm.

Thank you for praying and seeking the Lord on Andrew’s behalf.