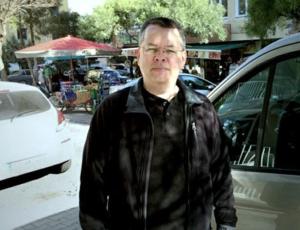 After disappointing news last week in the ongoing imprisonment of American Pastor Andrew Brunson in Turkey, news came out today that he has been released from prison into house arrest related to health problems. This is great news and an answer to prayer.

You can read the entire news piece from Hurriyet Daily News (Turkey) below, as well as an update from Christianity Today here.

Andrew Brunson, an American pastor being tried on terrorism and spying charges in Turkey, moved from prison to house arrest after a court ruling on July 25 citing his health problems.

Brunson, a Christian pastor from North Carolina who has lived in Turkey for more than two decades, was indicted on charges of having links with the outlawed Kurdistan Workers’ Party (PKK) and the Fethullahist Terror Organization (FETÖ), which Ankara blames for the failed coup in 2016.

The Second High Penal Court in the western province of İzmir had rejected Brunson’s plea for release on July 18, deciding to continue listening to the testimonies of witnesses in the next hearing scheduled for Oct. 12.

Following an objection from Brunson’s attorney İsmail Cem Halavurt, however, the same court ruled on July 25 to move Brunson from prison to house arrest citing the “health excuse” that was stressed in the plea.

Brunson was detained nearly two years ago and faces up to 35 years in prison if found guilty. Brunson denied the charges, calling them “shameful and disgusting.”