“Died: Joyce Lin, Missionary Pilot Transporting Coronavirus Supplies” – “A 40-year-old American missionary pilot delivering COVID-19 supplies to remote villages died in a plane crash in Indonesia on Tuesday. oyce Lin, a pilot with Mission Aviation Fellowship (MAF), was transporting rapid test kits and school supplies to a village in Papua, the easternmost province in the far-flung island chain. She took off from the city of Sentani at 6:27 a.m. and made a distress call two minutes later, MAF spokesman Brad Hoagland said. A search-and-rescue team found her Kodiak 100 airplane crashed into nearby Lake Sentani and recovered her body from about 40 feet under the water, according to local police.” 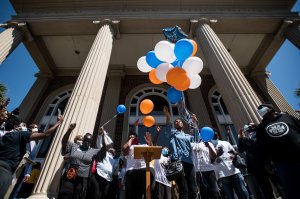 “Ahmaud Arbery and the America That Doesn’t Exist: Black Americans need more than a trial and a verdict” – I have had a lot of conversations in the past couple weeks about the killing of Ahmaud Arbery in southern Georgia. There is a lot that could be said, but I found the perspective of Esau McCaulley, assistant professor of New Testament at Wheaton College, very helpful and worth reading. You may also benefit from Rachel Conner’s exhortation, “White Evangelicals, This Is Your Moment: A Response to Ahmaud Arbery,” at Scot McKnight’s “Jesus Creed” blog.

“Can we escape from information overload?” – That is a question many of us are wondering about right now, particularly as increased physical distancing appears to have led us into the crosshairs of increased online living. “One day in December 2016 a 37-year-old British artist named Sam Winston equipped himself with a step-ladder, a pair of scissors, several rolls of black-out cloth and a huge supply of duct tape, and set about a project he had been considering for some time….He’d been troubled by nervous energy and stress since he was young, was an intermittent insomniac, had difficulty filtering noise and distractions in public spaces, and was someone who – like so many of us – increasingly relied on his phone and computer. So Winston decided to hole up for a few days. No screens. No sun. No visual stimulation of any kind. He was going to spend some time alone in the dark.” 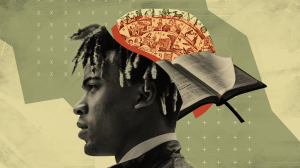 “Despite Bad News, Evangelical Philosophy Is Flourishing” – Augustine’s Confessions, Dallas Willard’s The Divine Conspiracy, and Alvin Plantinga’s God, Freedom, and Evil helped me navigate critical questions in my faith toward growth with God. I am forever thankful for the good gifts of these true Christians who were also great philosophers. In this article Michael W. Austin, President of the Evangelical Philosophical Society, speaks to the importance of philosophy and the way evangelical philosophy is thriving today.

“Thoughtlessness, Sloth, and the Call to Think: What happens when we give up on thinking? Hannah Arendt warned us years ago.” – Continuing on a theme, Hannah LaGrand offers this reflection on the work of Hannah Arendt, particularly her book The Life of the Mind, and why being thoughtful is so important for us. Slothfulness of the mind is so common in our day, particularly in these information-soaked times. As T. S. Eliot writes in the opening stanza of Choruses from the Rock: “Where is the wisdom we have lost in knowledge? / Where is the knowledge we have lost in information?” Perhaps what we need is to re-learn how to think. 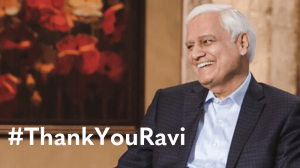 “Ravi Zacharias tributes flow in response to terminal cancer diagnosis” – Speaking of those who help us think well, Ravi Zacharias International Ministries announced that the famous apologist-evangelist has received a terminal cancer diagnosis. “We have just learned that while the tumor in my dad’s sacrum has been responding to the chemotherapy, the area where the cancer metastasized has actually worsened. His oncologist informed us that this cancer is very rare in its aggression and that no options for further treatment remain. Medically speaking, they have done all they are able.” Tributes are already flowing in. Author of many books with a renowned ability to speak to academic as well as popular audiences, Zacharias has had a profound ministry for Christ of the years and in many venues.

“Friends mourn Darrin Patrick, megachurch pastor and author, who died of apparent ‘self-inflicted gunshot wound'” – Some of you may know Darrin Patrick, who founded the St. Louis church, The Journey, and was also deeply involved with the early days of the Acts 29 church planting network founded by Mark Driscoll. Last week, Seacoast Church, where Patrick currently served as Teaching Pastor, announced that he died of apparent an self-inflicted gunshot wound while target shooting with a friend. This is incredibly sad news for his family and for many impacted by his ministry. Patrick was notably removal from his church leadership role and from leadership at Acts 29 and The Gospel Coalition in 2016 for “historical patterns of sin.” He took ownership for his wrongs, walked through a very deliberate and extensive restoration process, and talked openly about his failures and restoration so others could learn from his failure and restoration. I first heard Patrick speak at the Exponential church planting conference in 2010 on church planting in the city, and found his words very helpful. Ed Stetzer offers this remembrance at his blog, “Darrin Patrick’s Death, His Love for Pastors, and How We Need One Another.” 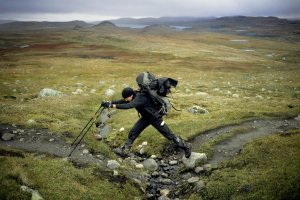 “How Walking Changes Us” – I love being out in nature generally, but especially hiking in wide open spaces. One of my favorite activities on my day off, when possible, is to head out to the Ice Age Trail here in Wisconsin and hike for the day. It is refreshing to my body, mind, and spirit. David Ulin’s review of two recent books, In Praise of Walking: A New Scientific Exploration by Shane O’Mara and In Praise of Paths: Walking Through Time and Nature by Torbjørn Ekelund, offers insights into why walking and hiking are so meaningful to many of us, through first a neuroscientific and then an experiential lens.

Music: Bruce Cockburn, “All the Diamonds in the World,” Mummy Dust