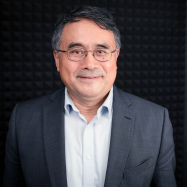 “Democracy, ‘The Problem of Minorities,’ and the Theology of the Common Good” – In this brief, but informative essay, Sebastian Chang Hwan Kim, Academic Dean for the Korean Center and Robert Wiley Professor of Renewal and Public Life at Fuller School of Theology, offers a helpful exploration of theology for the common good. Engaging with other prevalent theologies for public engagement, Kim suggest some meaningful ways in which we as Christians can step into the public sphere for the good of all without relinquishing our theological footing.

“Prayers and Praises from the World’s Hardest Places to Be a Christian” – Just over two weeks ago, Open Doors released their annual “World Watch List,” which tracks the 50 countries in which it is most difficult to follow Jesus. I strongly encourage you to explore the amazing resource that Open Doors has assembled there, but also want to encourage you to take a look at this resource from Christianity Today. Here, CT has assembled both praises and prayers not merely for that part of the world but from believers in many of those countries. This is a very helpful resource for intercessory prayer for the world.

“Jesus and John Wayne – a series of reviews” – One of the most thought-provoking religious books of the past year is Kristin Kobes Du Mez’s Jesus and John Wayne: How White Evangelicals Corrupted a Faith and Fractured a Nation. The title itself may either draw you in or frustrate you, but the book has sent ripples through the church. It was through church historian John Fea that I first heard about a series of reviews of the book at the Mere Orthodoxy website. If you’re interested in the book (love it or dislike it) or if you’ve never heard of the book, consider reading this series of reviews for appreciative, reflective, and critical responses, often intermixed in each essay: 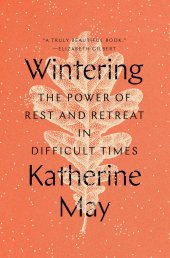 “How ‘Wintering’ Replenishes” – In this interview by Krista Tippett from On Being, Katherine May, author of Wintering: The Power of Rest and Retreat in Difficult Times speaks to something many of us have felt in this past year of trials and challenges. Here’s the description from On Being: “In so many stories and fables that shape us, cold and snow, the closing in of the light — these have deep psychological as much as physical reality. This is “wintering,” as the English writer Katherine May illuminates in her beautiful, meditative book of that title — wintering as at once a season of the natural world, a respite our bodies require, and a state of mind. It’s one way to describe our pandemic year: as one big extended communal experience of wintering. Some of us are laboring harder than ever on its front lines and also on its home front of parenting. All of us are exhausted. This conversation with Katherine May helps.”

“What Thomas Jefferson Could Never Understand About Jesus” – Vinson Cunningham offers an insightful review of Peter Manseau’s The Jefferson Bible: A Biography in The New Yorker, touching upon not only Jefferson, but also Abraham Lincoln, Martin Luther King, Jr., and Howard Thurman: “Jefferson, meanwhile, was mulling a book project. He imagined it as a work of comparative moral philosophy, which would include a survey of ‘the most remarkable of the ancient philosophers,’ then swiftly address the ‘repulsive’ ethics of the Jews, before demonstrating that the ‘system of morality’ offered by Jesus was ‘the most benevolent & sublime probably that has been ever taught.’ This sublimity, however, would need to be rescued from the Gospels, which were—as Jefferson put it in a letter to the English chemist, philosopher, and minister Joseph Priestley—written by ‘the most unlettered of men, by memory, long after they had heard them from him.'”